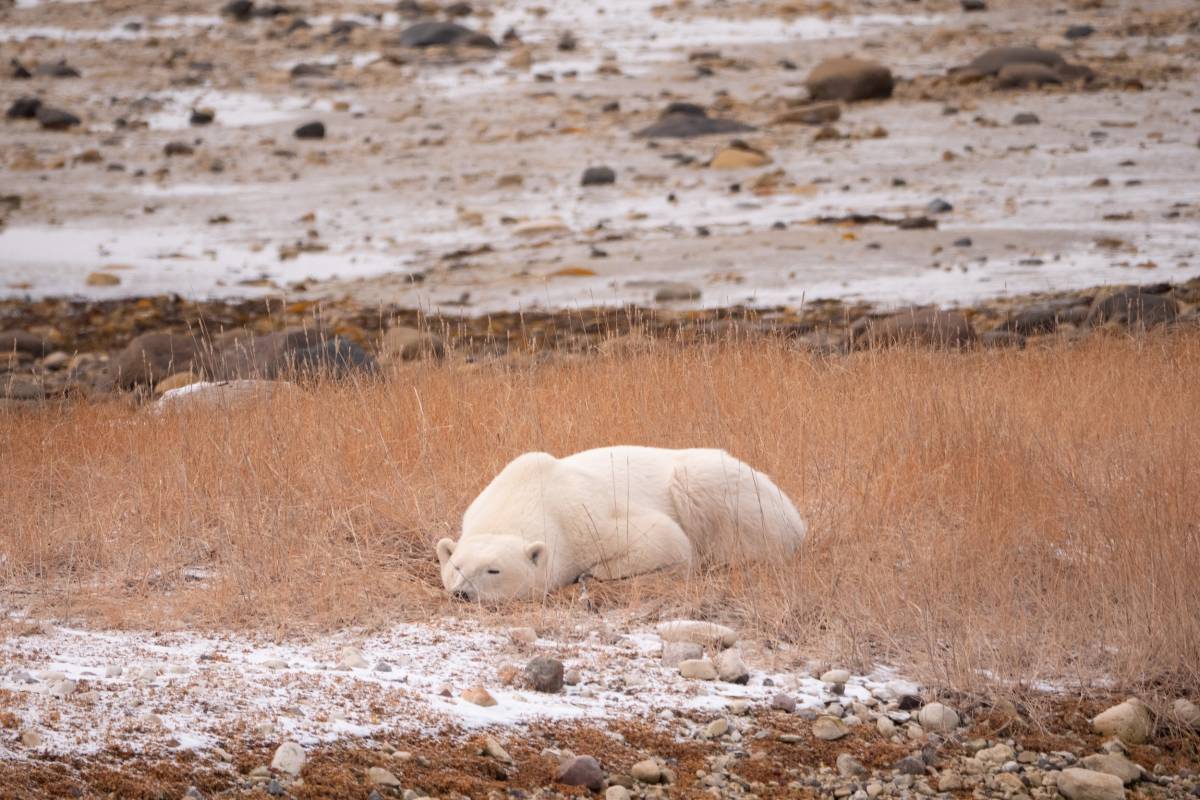 Churchill and the New Normal

As we entered autumn this year, it was as if the world took a collective sigh of relief. While still a going concern, the pandemic seemed to be ebbing in many countries, vaccination availability and rates continued to grow, and borders began re-opening. Some people were ready for travel again and the Polar Bears International staff shared that hopeful, but cautious enthusiasm. While substantially scaled back, we laid the plans for returning to Churchill during polar bear season and reopening our operations as safely as we could. A small team of core staff planned to be on the ground for five to six weeks, joining our two Churchill-based staff as we set plans in motion for our outreach and research.

Churchill in 2021 would be unusual for our team in several aspects, including: five active research projects scheduled to take place during our busy outreach season; three new buildings in Churchill to work from; several new team members; and the continued uncertainty around the pandemic. As usual, our team was more than up to the task. Even while handling the logistics of outreach efforts related to our new interpretive center, Polar Bear Cams, and live broadcasts, we managed to continue testing our SpotterRF bear-detection radar and also piloted studies of three new radar-detection systems, each offering a unique aspect to our “detect and protect” conflict-reduction efforts. We also furthered our research into the effectiveness of synthetic aperture radar (SAR) to detect denning polar bears under the snow.

This was our first full year of utilizing the new Mars Arctic Research Center, a generous and beautifully designed gift from the Mars family to support our staff lodging needs and provide us with office space and flexible areas for meals and small gatherings. We were also able to acquire an adjacent property that once housed the old cable television company. We transformed the small, simple building into a full workshop space and broadcast studio, giving us three separate living and working areas all within easy walking distance of each other—and greatly simplifying our day-to-day lives while in Churchill.

Following three consecutive years of historically normal weather, with snow falling in October and the Hudson Bay ice freezing in early November, 2021 was a return to the “new normal” of delayed freeze-ups. Arriving in mid-October, I was greeted with beautiful autumn weather and fall tundra colors. Ponds and lakes were mostly ice-free through early November and precipitation was either cold rain or wet, melting snow through October. Air and sea surface temperatures were above normal well into November, with no shore fast ice at all when I departed on November 12th, nor any visible ice in greater Hudson Bay on the satellite-based ice maps.

Colder weather soon followed, allowing bears to get out on near shore ice by November 18, officially ending their 156 days onshore, but the larger bay has been still slow to follow suit, meaning a longer fast for the bears this year. As I type this on December 7th, most of Hudson Bay remains open water, potentially crowding bears in limited areas and keeping them closer to communities well into the end of the year. An apparent shift to the east in where bears jumped off the melting ice last summer also made for a somewhat quieter season of bear viewing around Churchill. We saw fewer large adult males, but perhaps a few more subadults and family groups due in part to their absence.

Despite the warmer weather and other hurdles of traveling, it was fantastic to be back in the North and to spend time with the polar bears of Western Hudson Bay. Our small but mighty team had a packed agenda and a very productive season all around. With everyone safely home, we are now shifting gears to planning fieldwork for Svalbard in February along with visits to key European partners—assuming no surprises. 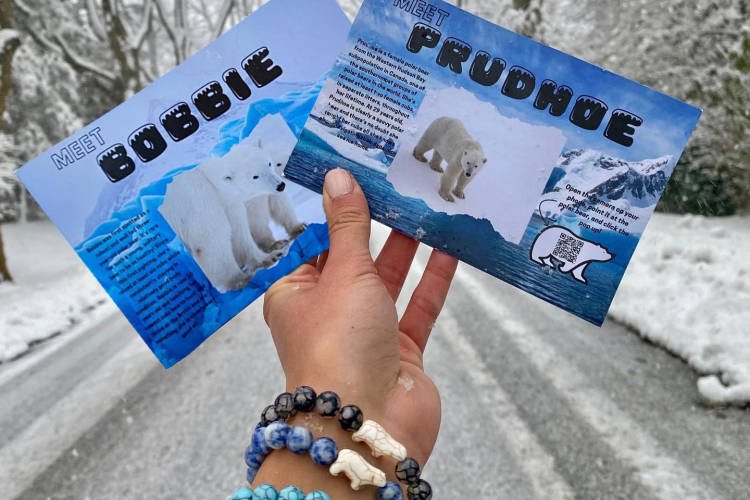 Fahlo Partnership: Bracelets with a Cause

Wildlife enthusiasts can track their own polar bear while also contributing to polar bear conservation. 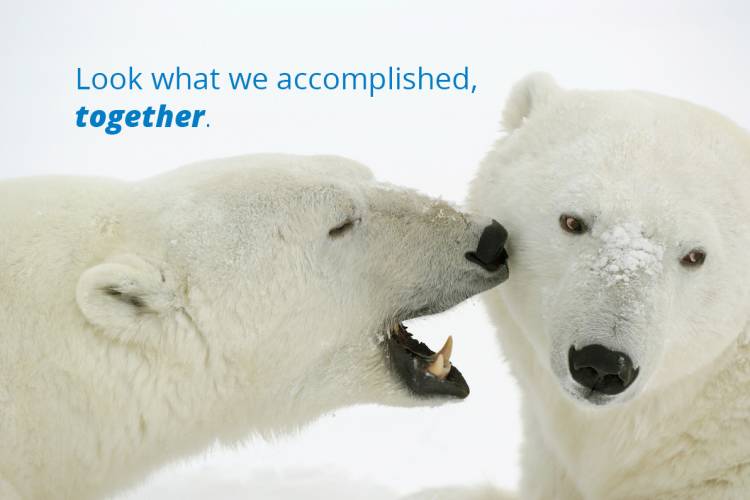 A look at some of our top accomplishments from the past year, made possible by our generous polar bear community. 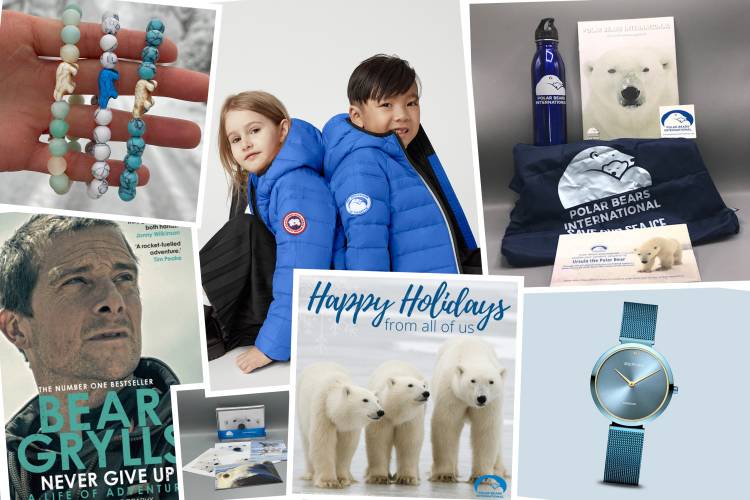 A Few of Our Favorite Things

Gift a gift that gives back this holiday season! Our list includes something for every age and every budget, and the best part of all is that these gifts support polar bear conservation.