Anuri will walk you through the threats polar bears face—including the biggest one of all: climate warming. 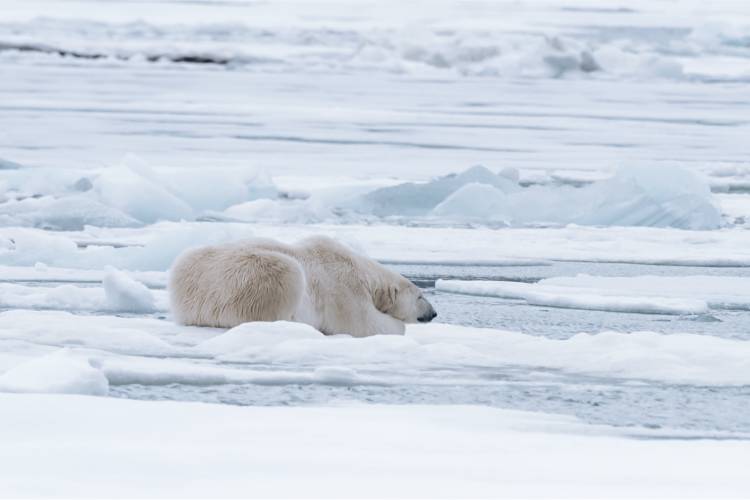 Polar bears rely on sea ice to hunt, breed, roam, and sometimes to den. But the Arctic is warming and ice is melting due to human-caused climate change.

Already, in parts of the Arctic, longer ice-free seasons and longer fasting periods have led to a decline in some polar bear populations.

Research shows that without action to greatly reduce carbon emissions and stabilize our climate, we could lose all but a few polar bear populations by the end of the century.

Climate change calls for a new approach to conservation—we can’t build a fence around the polar bear’s melting habitat, and we can’t assign wildlife officers to guard the gate. The key to getting the climate back to functioning the way it should is to transition away from fossil fuels for energy altogether.

When will polar bear populations collapse? The answer is up to us.

A new study forecasts the future for polar bears based on two different emission scenarios. 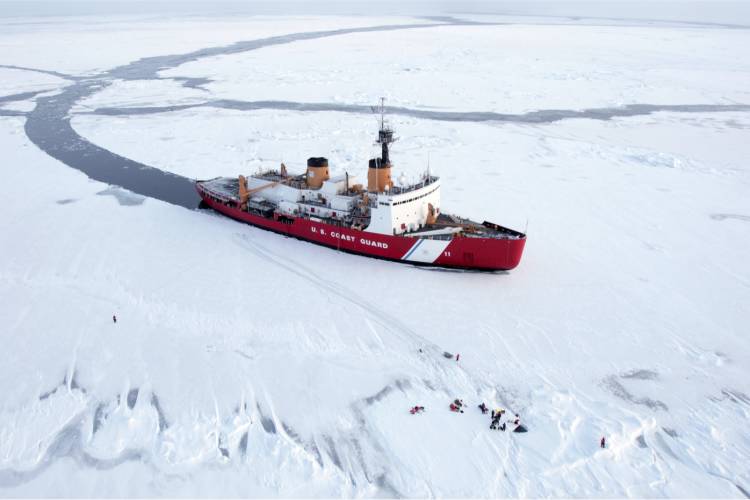 Commercial activity in the Arctic has increased as the region becomes more accessible. These activities include oil and gas exploration and development, shipping, mining, and tourism—each with their own challenges.

Oil and gas activity, for example, not only brings the risk of spills, but could disturb polar bear moms and cubs hidden in dens under the snow—the most vulnerable time in their life cycle.

Working to shield polar bears from disturbances will require vigilance and careful management.

Denning is the most vulnerable time in a polar bear’s life. And in a warming Arctic, where polar bears face enormous challenges, the survival of every single cub is critically important. 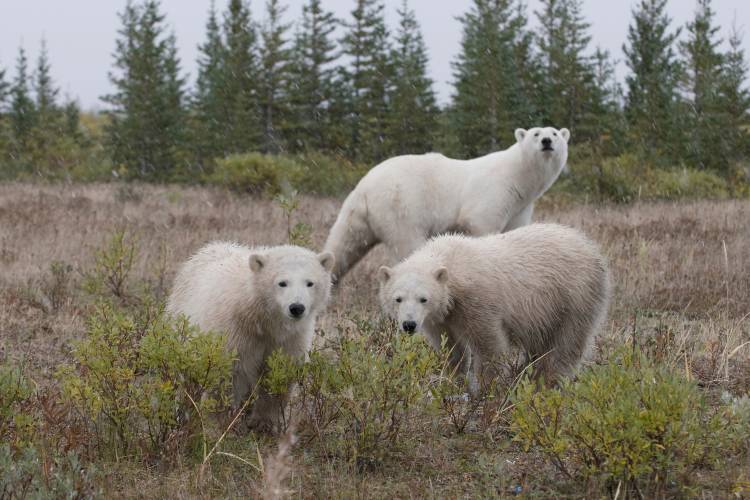 As the sea ice melts and more polar bears spend more time on shore, and for longer periods, conflicts between polar bears and people are expected to increase.

Indeed, many coastal villages are already experiencing an uptick in encounters with polar bears, sometimes with tragic results.

Working proactively with communities to support their efforts to live safely with polar bears is an important—and growing—part of our work. 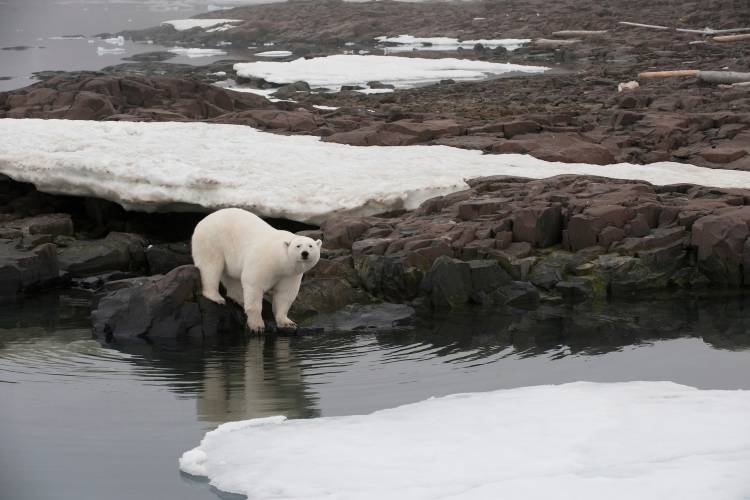 The polar bear’s natural environment may seem white and pristine—far removed from the pollution in major cities and industrial areas.

But in reality, polar bears in some parts of the Arctic can carry surprisingly high loads of toxic chemicals.

Why? Because wind and ocean currents transport these pollutants to parts of the Arctic, where they concentrate as they make their way up the food chain. Polar bears absorb these higher levels when they eat seals.

Reducing these pollutants will not only help polar bears, but people, too. 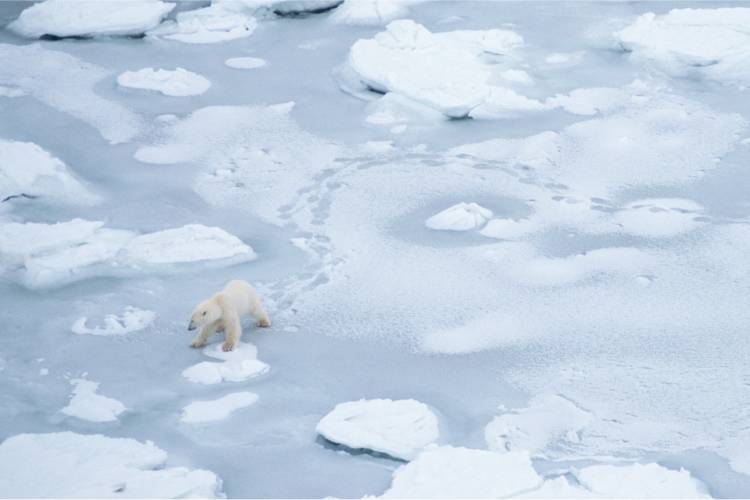 Like most bear species, polar bears are not very prone to disease.

Some viruses have been detected in polar bears in Alaska and Russia. In addition, some parasites, like Trichinella, are known to have infected the bears.

The big concern for scientists is that more diseases will be introduced as the Arctic warms, due to increased human activity and the migration of lower-latitude species to the Far North. 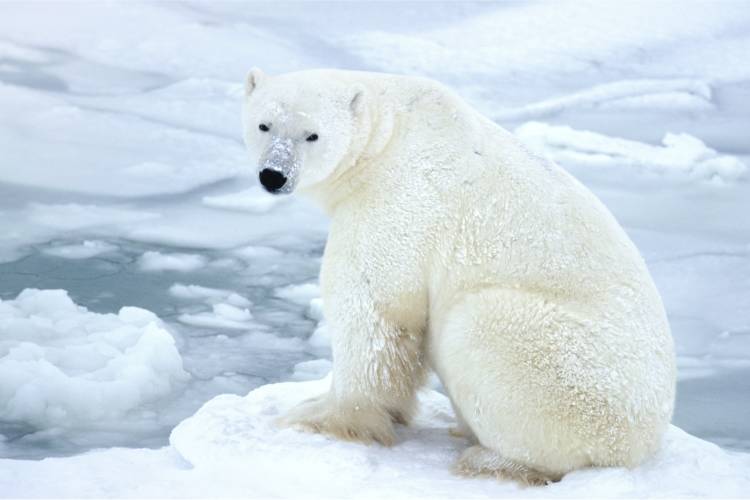 In the past, unregulated commercial and sport hunting posed the gravest threat to the polar bear’s future. That challenge has been eased thanks to international regulations and careful management.

Today, legal harvesting continues on a limited basis for Indigenous peoples, based on quota systems. These hunts have long been an important part of Aboriginal cultural traditions and provide important nutritional benefits in some regions.

As we head into a less stable future, vigilance is needed to make sure these limited hunts remain sustainable. 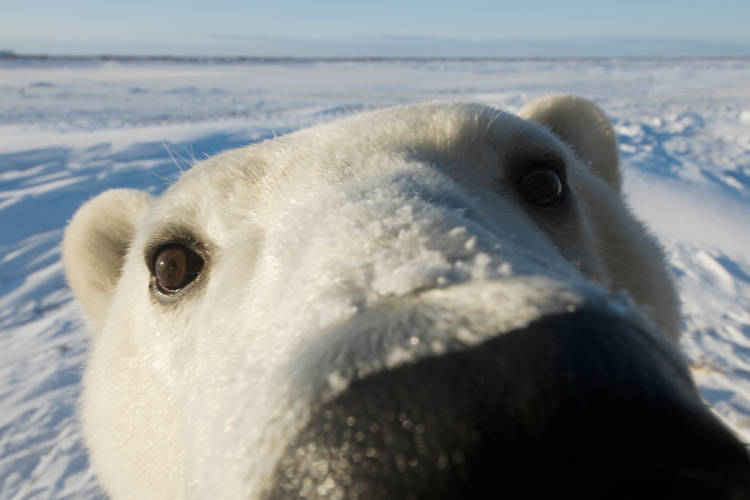 Their future is in our hands

The International Union for Conservation of Nature (IUCN) classifies the polar bear as a vulnerable species. Given the nature and breadth of the threats polar bears face, it will take adaptive management today––coupled with aggressive action on climate change globally––for the species to survive in the long run.