For female polar bears like Anuri, the cycle of life includes mating, denning, and giving birth to cubs. 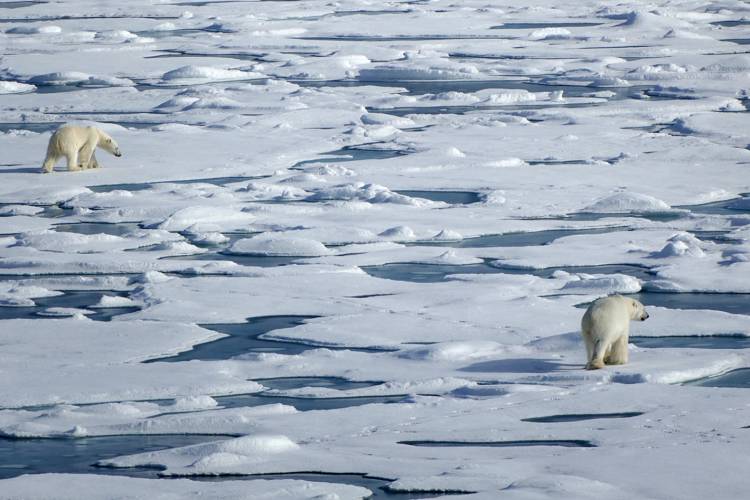 Between April and late June, male polar bears search for female mates on the sea ice by following scented trails left by footpads.

Mating takes place on the sea ice. But the fertile eggs don’t implant until the fall, and only if the female has enough fat to sustain herself and her cubs during the long denning period. This process is called delayed implantation.

After mating, adult males remain with the female for a few days before taking off on their own. 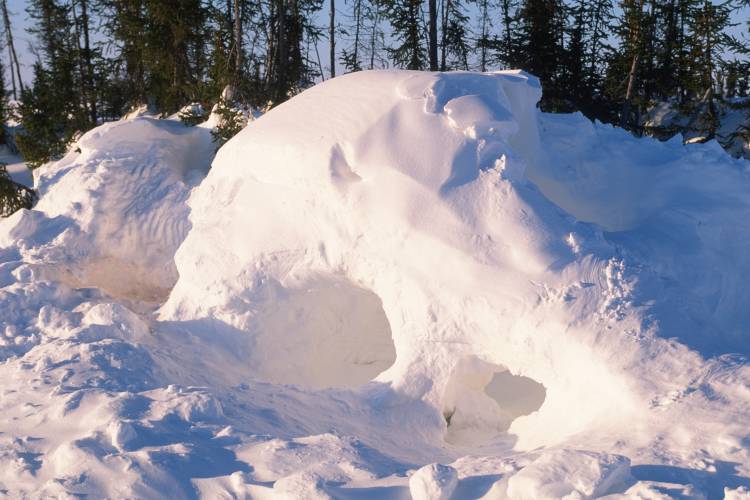 After feeding through the summer and fall, gaining as much weight as possible, pregnant female polar bears prepare to enter maternity dens to give birth to their cubs. To build a den, the female digs a small snow cave in a snowdrift —just large enough for her to turn around. She then waits for the snow to close the entrance tunnel and completely hide the den under the snow.

Wild polar bear cubs are most often born in December. The mother gives birth to 1-3 cubs, with twins most common. The family remains in the den until spring. While in the den, the mother bear doesn’t eat or drink. She is devoted to nursing and caring for her cubs.

Totally dependent on their mothers, newborn cubs are blind, toothless, and covered with soft white fur. They weigh little more than 1/2 kg (1 lb) and are just 30-35 cm long (12 to 14 in). The cubs grow rapidly on their mother's rich milk (31% fat) and continue nursing for at least 20 months. 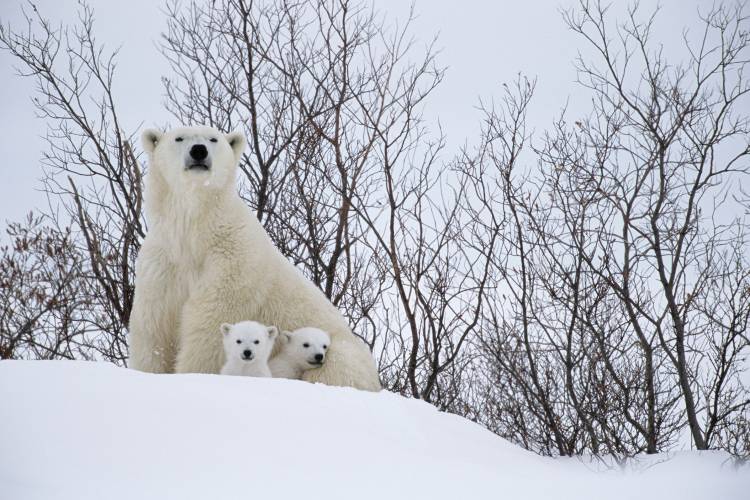 Emerging from then Den

Polar bear families generally emerge from their dens in March or April when the cubs are strong enough to survive in outside Arctic conditions and make the trek to sea ice.

Now, mother bears can start teaching their young how to hunt seals on the ice and survive in the Arctic.

Polar bear cubs generally stay with their mothers for 2.5-3 years, learning how to hunt, feed, swim, and survive.

Between the time they leave their mother and are mature enough to mate, polar bears are called subadults.

Polar bears are considered adults when they are old enough to mate. For females, this is ages 4-6, for males 6-10.

In the wild, polar bears live an average of 15 to 18 years, although biologists have tagged a few bears in their early 30s.

Discover the many names for polar bears and how they evolved from brown bears.

Discover the many names for polar bears and how they evolved from brown bears.