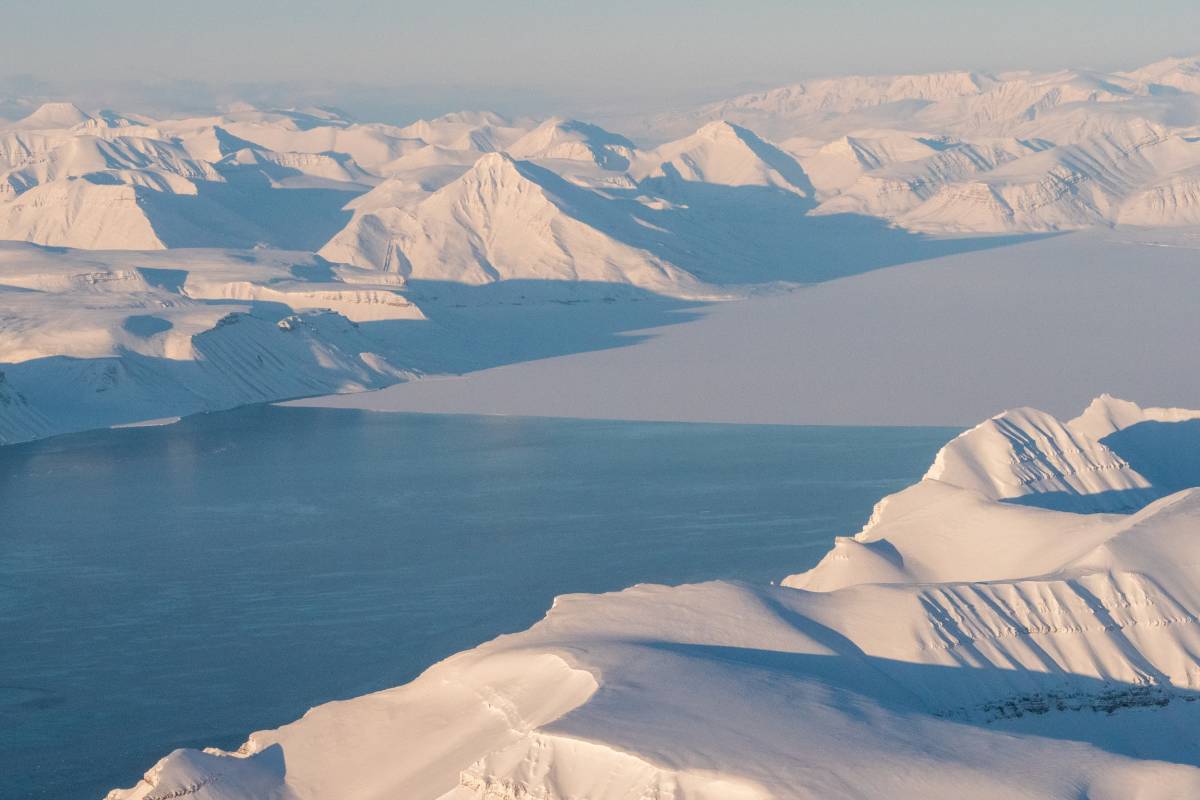 Our director of field operations, BJ Kirschhoffer, recently returned from Svalbard, Norway, where he took part in two research projects. The first was an ongoing study on the condition and behavior of polar bear moms and cubs during the time period when they emerge from their dens. The second was a project to discover whether synthetic aperture radar, or SAR, could be used to find, and hence protect, polar bear dens hidden under the snow—building on earlier promising tests.

In this Q&A with BJ, he talked with us about the season’s challenges, the progress made, and how, in the end, the team managed to get the work done. 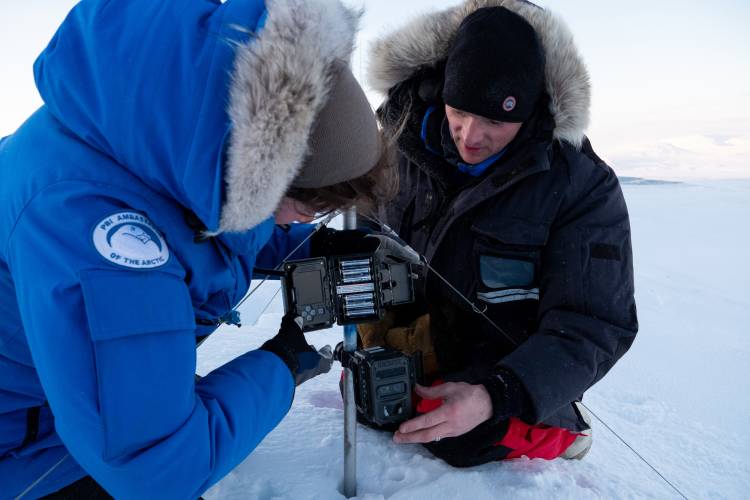 BJ Kirschhoffer and Joanna Sulich set up a remote camera for the maternal den study.

Q: I heard you had a difficult year, with hurdles including covid, supply issues, dangerous field conditions, and weather. That all sounds really hard. Could you start with the terrain and the challenges you had there?

A: Sure! To deploy the cameras for the Maternal Den Study, we typically use helicopters or snowmobiles to cover the big distances, then go by foot or on skis for the final stretch, which can range from a few hundred meters to several kilometers. We then set up the cams at known den sites with radio-collared bears. But Svalbard is changing rapidly as the Arctic continues to warm. It’s becoming more dangerous to navigate traditional high-use corridors on skis or snowmobiles.

Many of the glaciers that people have traveled across for decades are surging as temperatures rise and the melt accelerates. What used to be predictable and easy-to-cross glacial terrain now might have dangerous crevasses. Also, historically, people would take short cuts across frozen fjords, but now the sea ice in the fjords is forming later or not at all. Since glaciers and mountains surround the fjords, travel is now impossible in these places when the sea ice isn’t there.

Twenty years ago travel by snowmobile would have been easier, but it’s much more difficult to get to those places now. It’s a changing landscape, which makes it hard to plan ahead. Nothing is predictable in Svalbard anymore. 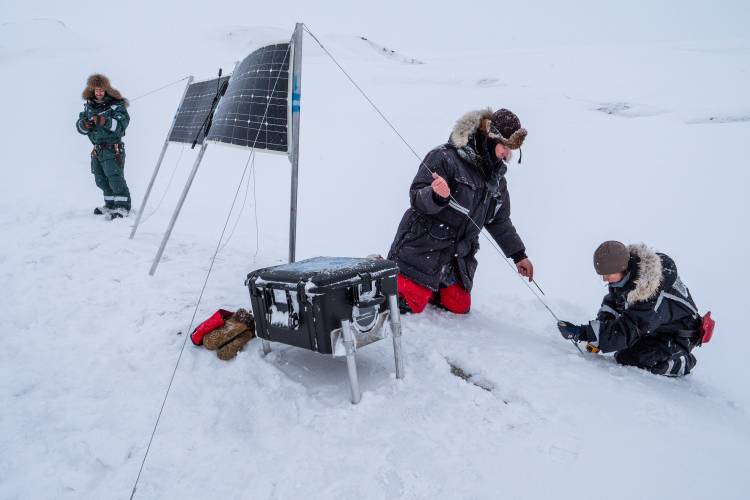 Q: What other challenges did you face with the camera deployments? Who joined you for the fieldwork?

A: When we first arrived, we took some refresher courses in safety training with our partners at the Norwegian Polar Institute—on avalanche safety, glacier safety and rescue, first aid, and operating snowmobiles. They were good team-building exercises and important safety checks. Ironically, the weather was perfect then. But when it came time to head into the field, bad weather kept us grounded for days.

Conditions finally cleared, though, and we were able to set up the cameras at two dens before the families emerged. This year, Christian Zoelly of the Norwegian Polar Institute went into the field with us, along with Joanna Suhlich and Kt Miller, both of Polar Bears International. The San Diego Zoo Wildlife Alliance also partners with us on the study, although they didn't join us in the field this year. Back at the Norwegian Polar Institute base in Longyearbyen, we had many people helping us prepare for fieldwork, including Rupert Krapp and Piotr Kupiszewski.

Q: Could you tell us about the den sites you reached? How remote were they?

A: We reached the first den by snowmobile. It was set high up in a mountain off a glacier moraine. We crossed a huge glacier to get there. The Norwegian Polar Institute and Joanna, one of our staff scientists who is based in Svalbard, had scouted the location before Kt and I arrived. We were able to follow their tracks. It had snowed heavily on the previous days, so there was some concern about avalanches. But the wind had scoured away the snow, so that didn’t end up being a problem. For part of the trek we crossed wide open valleys to stay away from dangerous avalanches.

The second den site was in the middle of a glacier, in an incredibly beautiful setting. As we set up the den cams there, the wind was blowing at a steady 30 knots. It was just scouring the snow away, blowing it across a rolling white landscape with short rocky outcroppings. It was really neat out there, wild and remote. We used a helicopter to reach that den because we didn’t have enough information to assess the safety of traveling by ski or snowmobile. 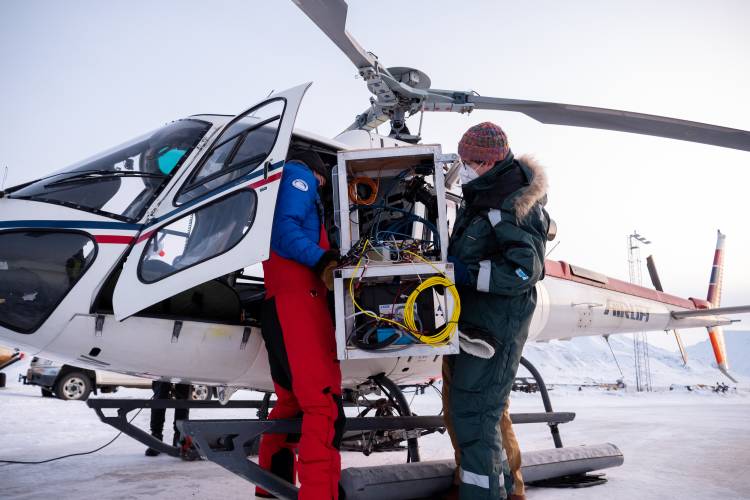 BJ Kirschhoffer and Jeff Stacey, a graduate student from Simon Fraser University, load the SAR unit into the helicopter for testing.

Q: This year, you also tested the effectiveness of using Synthetic Aperture Radar, or SAR, to locate polar bear den sites under the snow, working with students from Simon Fraser University. How did that project go?

A: That whole project was touch and go, with an amazing number of hurdles. One of the biggest problems was obtaining permission for the SAR equipment to leave North America. We filled out all the paperwork and then waited and waited and waited. The students had packed and were ready to depart Canada, and the helicopter had arrived—but no paperwork. Finally, we put in a call to Senator Jon Tester’s office to help us get the equipment across the border. We were just hours from calling off the project, when we got a call saying it had been approved.

Another challenge is that we did not receive the aluminum material needed to build a mount for the SAR for the inside of the helicopter. We had shipped something like 10 packages to Svalbard via a freight carrier. Everything made it except that.

Thankfully our friends at the Norwegian Polar Institute opened the doors to their workshop and helped us scour the island for aluminum. We finally found some square stock from a colleague. She saved our project. The entire team was in the shop cutting and welding, working through the night to build a custom mount. Somehow we got it done.

Q: I heard there were also weather and covid complications. What was that like?

A: After we built the mount for radar equipment, bad weather came in and we were stuck on the ground for two days. We tried to make one flight but the clouds were so bad it just wasn’t safe so we had to turn around.

Then, when the weather finally cleared, the helicopter pilot tested positive for covid. It was a mild case but the kicker was that those of us from the U.S. and Canada needed a negative test to return home.

When testing SAR, there’s room for just one person besides the pilot because the equipment takes up so much space. They have to fly with the door open when testing—making the risk of catching covid low—so one of the students decided to double-mask and take a chance.

In the end, we ended up testing SAR on two known den sites—the same dens where we placed our den cameras. Now we’ll wait to see what the data shows. 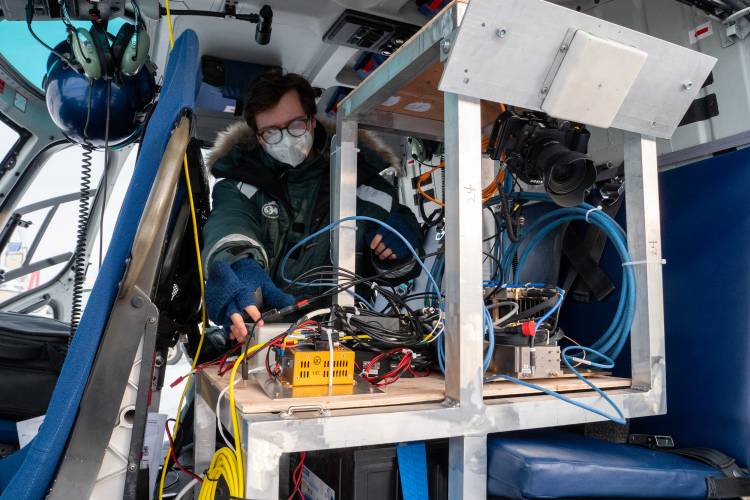 Jeff Stacey, a graduate student from Simon Fraser University, prepares the SAR unit for testing in the helicopter.

Q: What happens next? When will you know the results?

A: For the Maternal Den Study, Joanna will retrieve the cameras later this spring with a field crew from the Norwegian Polar Institute. She’ll then analyze the footage, working with our partners at the San Diego Zoo Wildlife Alliance. For the den-detection study, students from Simon Fraser University and Brigham Young University are analyzing the SAR data with support from ARTEMIS. We hope to have results soon. 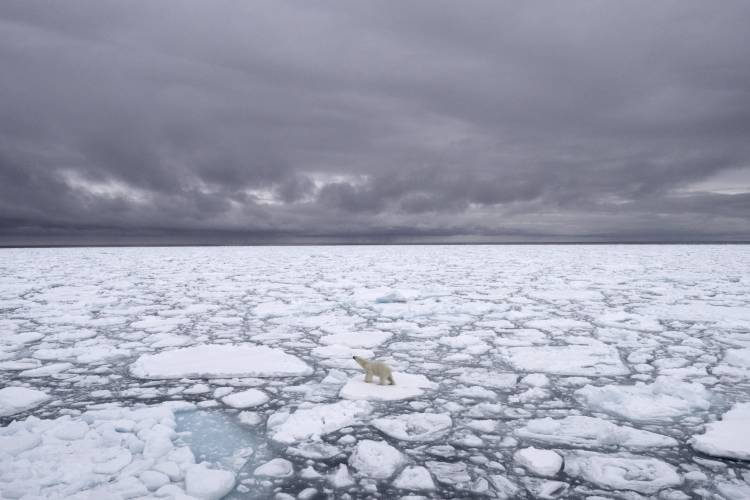 Churchill’s polar bears helped scientists establish a link between climate warming and polar bear well-being, thanks to a unique dataset grounded in decades of research. 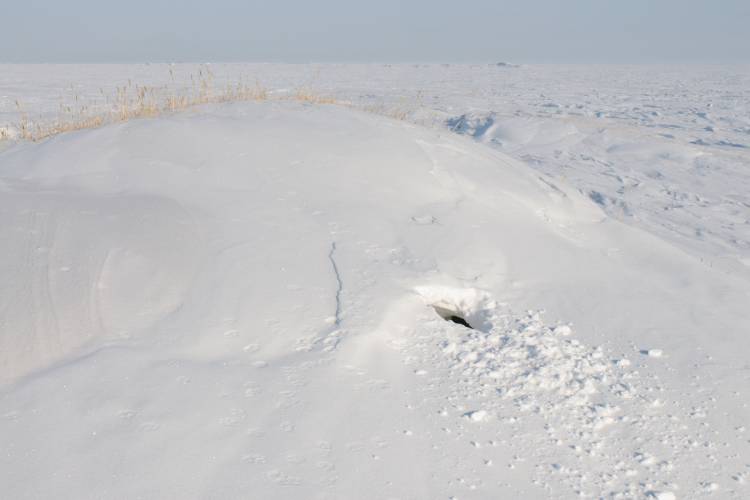 Our team discusses a promising new tool to detect dens hidden under the snow, with a goal of protecting denning polar bear families. 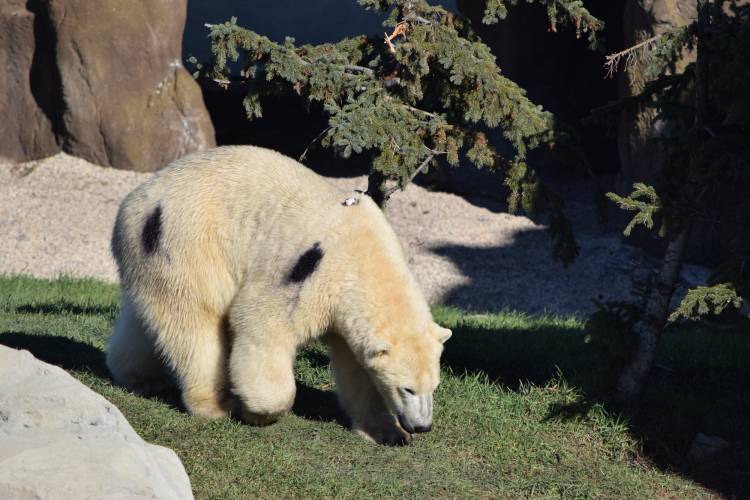 Research on polar bears in zoos and aquariums can directly benefit their wild peers.