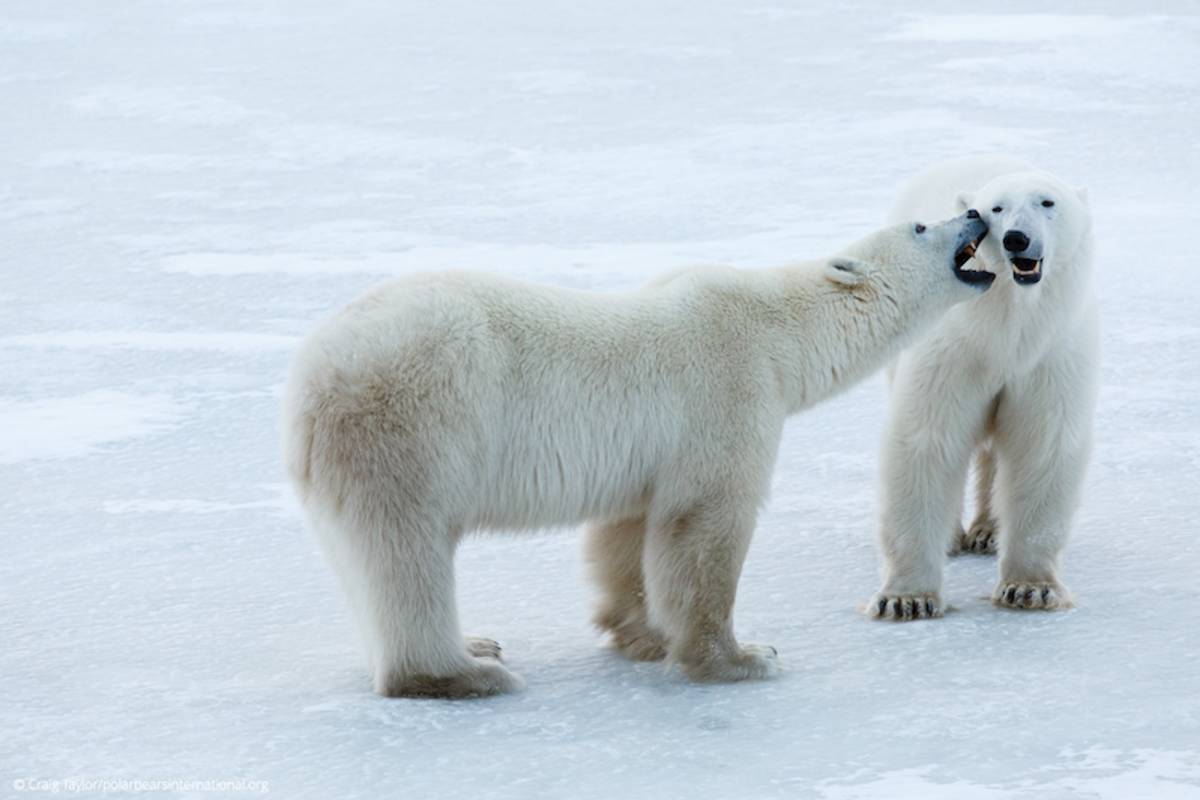 From a love of blubber to enormous paws, polar bears are remarkable animals, with many unusual adaptations that help them thrive in the Arctic. As we count down to International Polar Bear Day on February 27th, we wanted to share ten of our favorite facts about what makes polar bears tick. 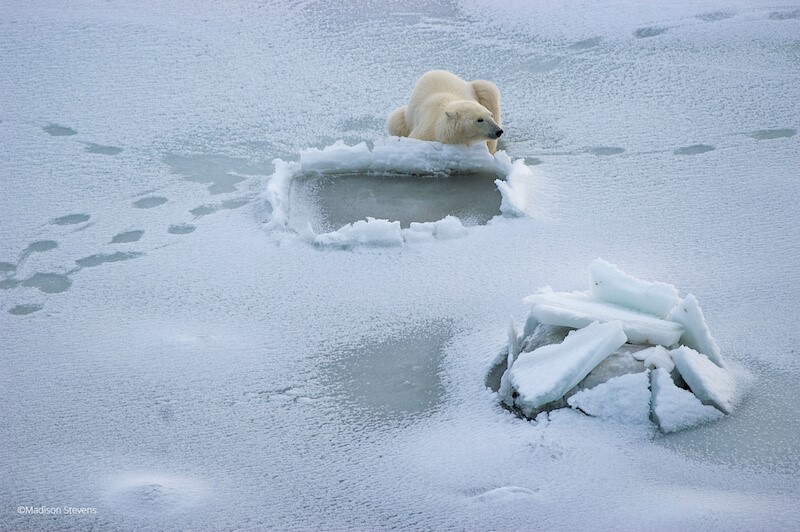 Polar bears rely on Arctic sea ice for their survival, a habitat that is literally melting away as the planet warms. They use the ice as a platform to hunt seals, to breed, to roam, and sometimes to den. Polar bears range across the circumpolar Arctic, in five “polar bear nations”: Canada, the U.S. (Alaska), Russia, Norway (Svalbard), and Denmark (Greenland). Canada is home to the most polar bears, approximately 2/3rds of the global number. (And, by the way, polar bears don’t live in Antarctica. Penguins do!) 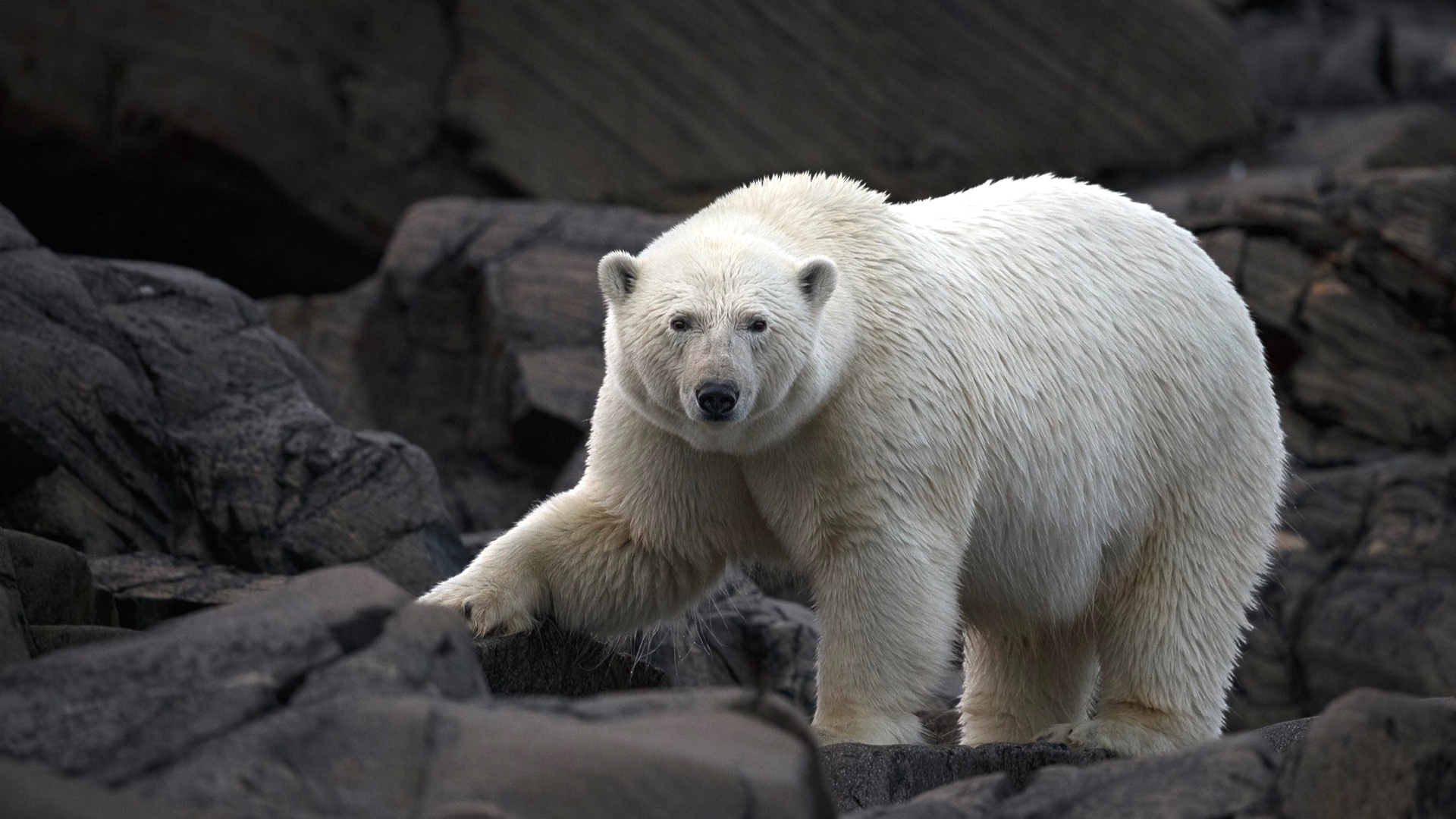 2. Polar bears are BIG. In fact, they are the largest four-legged predator.

Adult males normally weight 350 to more than 600 kilograms (775 to more than 1,300 pounds). Adult females are smaller, normally weighing 150 to 290 kilograms (330 to 650 pounds). Scientists usually refer to how tall bears are by measuring them at the shoulder when on all fours. Those heights are typically 1-1.5 meters (3.3-5 feet) for adult polar bears. An adult male may reach over three meters (10 feet) when standing on its hind legs! 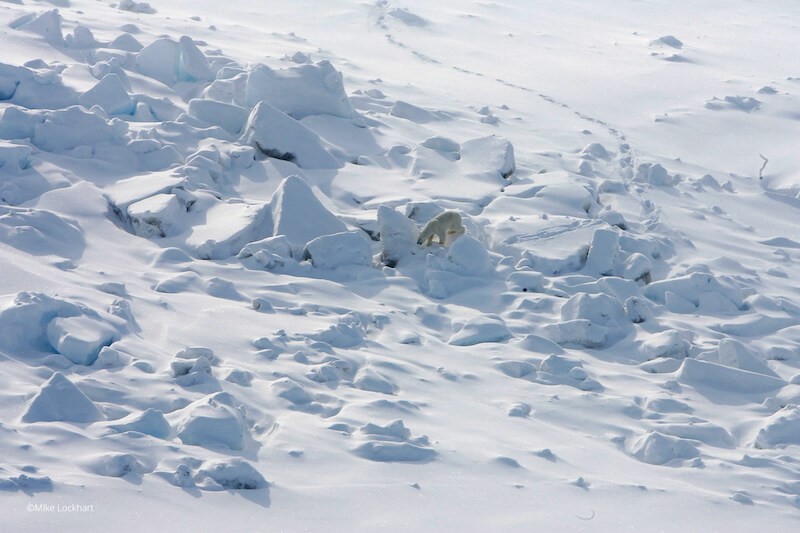 Polar bears are one of the most mobile four-legged animals, if not the most. They can travel more than 3,000 kilometers per month and can have home ranges that exceed 600,000 square kilometers (an area larger than California or the entire Yukon in one year!). You can follow the movements of 11 satellite-collared polar bears on our Bear Tracker map. 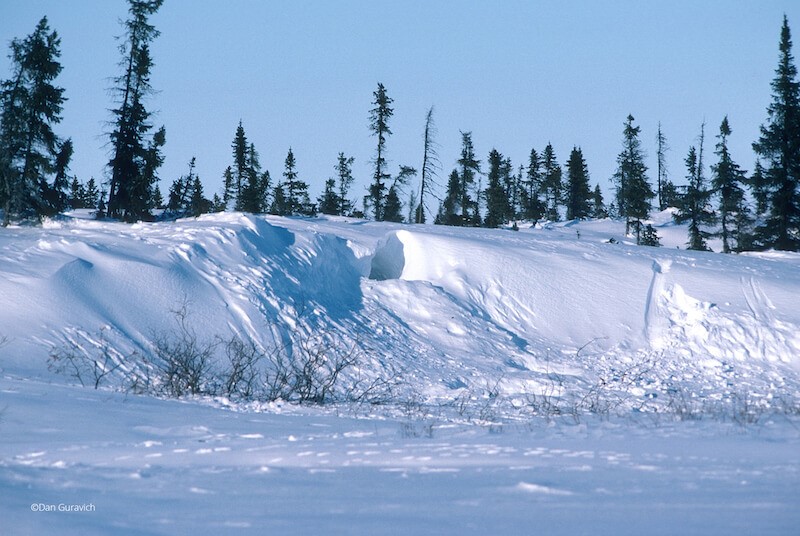 4. Polar bear cubs are born in dens hidden under the snow.After feeding throughout the winter and the spring seal-pupping season, a pregnant female polar bear digs a den in the fall where she gives birth to her cubs and nurses them. After digging the den, she waits for snow to cover the entrance tunnel, blanketing it from view. The mother bear will emerge with her cubs in the spring and head to the sea ice to hunt seals—which means up to eight months with no meals for mom, an amazing feat. 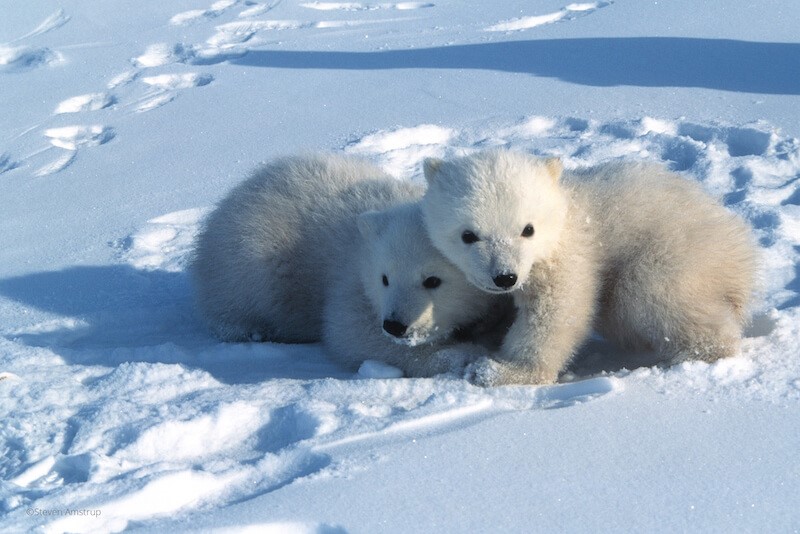 5. Polar bears weigh 1-1.5 pounds when born but grow more than 20 times their body weight in just a few months.

When a family finally heads toward the sea ice in the early spring, cubs can already be 15-30 pounds at just two to three months old. Polar bear milk is the fattiest found on land, at about 31 percent fat when the cubs are born. This provides enough calories to help cubs grow rapidly. 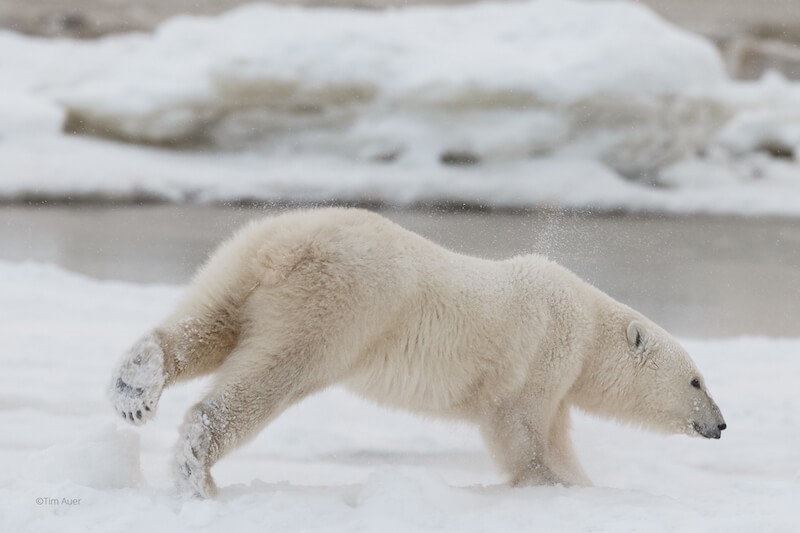 Polar bears are made for roaming the Arctic. Their paws are huge: they can be the size of dinner plates, measuring up to 30 centimeters (11.81 inches) across. Tufts of fur between their toes and footpads help with warmth. Black footpads on the bottom of each paw are covered by small, soft bumps known as papillae. Papillae grip the ice and keep the bear from slipping. The polar bear’s large paws help with swimming, too: the forepaws act like large paddles and the hind paws serve as rudders. 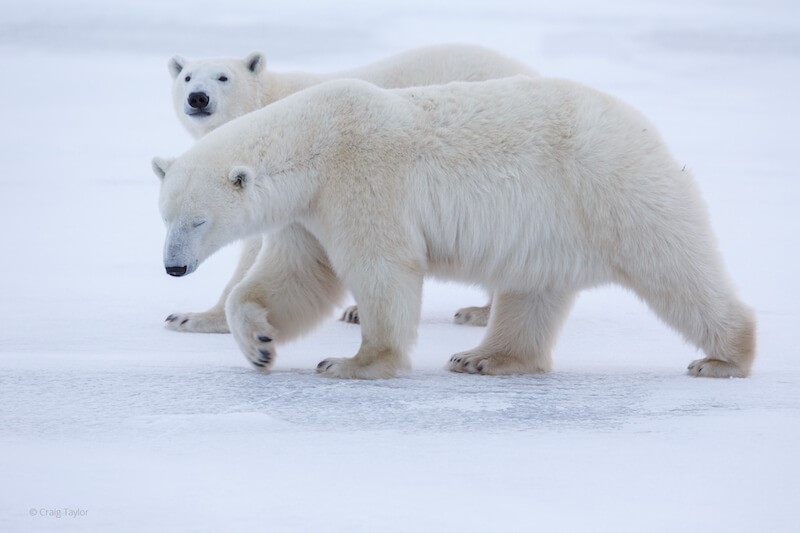 A recent scientific paper detailed caching behavior in some polar bears, including kills hidden under the snow and guarded. The behavior is rare, though. Unlike grizzlies, which commonly cache food, the study documented food-storing behavior in just 19 individual polar bears out of thousands observed over a 45-year period. Among the factors leading a polar bear to hide food: the size of the killed prey, how much was left of the kill after the bear had first had its fill, and how deep the snow was on the ice around the kill. The authors also speculated that skinnier bears might be more likely to cache their food. 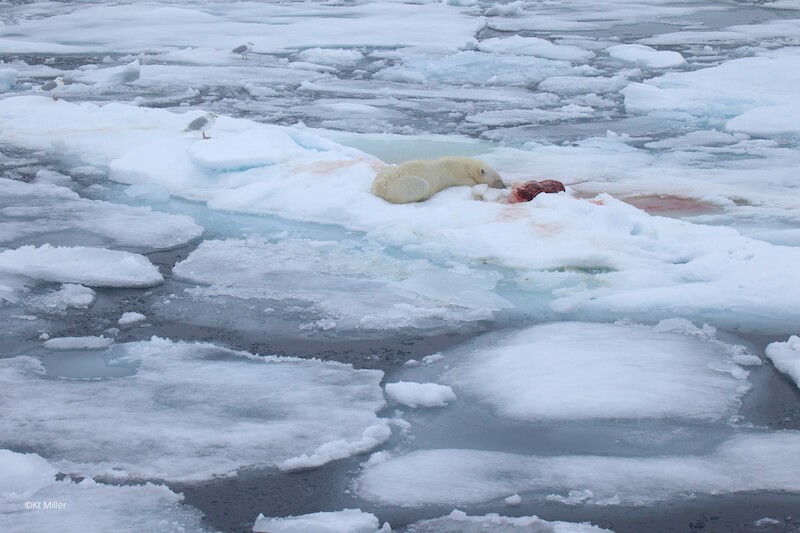 8. Polar bears can eat over 100 pounds of blubber in one sitting!

They are the most carnivorous of all bear species. Scientists sometimes call them lipovores because their main source of calories comes from marine fat, or blubber. Polar bears assimilate the majority of the fat they eat directly into their own body fat—and they don’t digest carbohydrates or proteins as well as brown bears do. Instead, they rely on seal prey reached via sea ice for the majority of their calories. The fat from seals keeps them going for much of the year and through times of extended fasting. 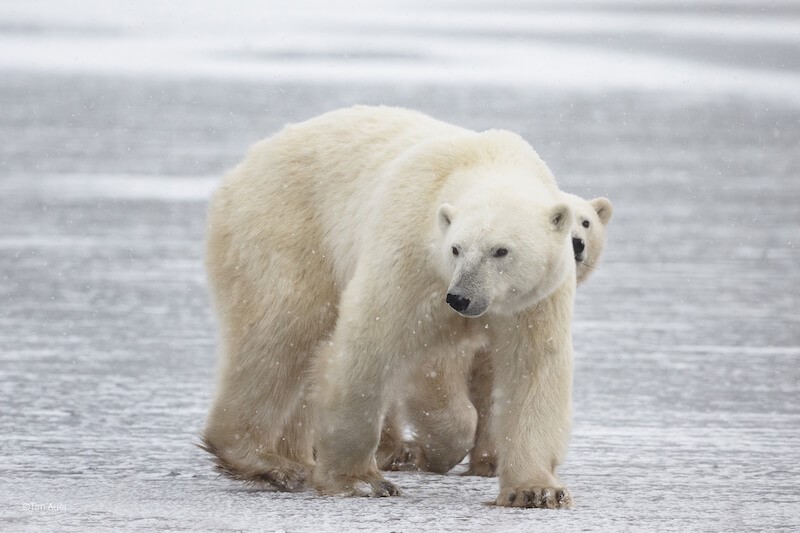 9. Polar bears are at the top of the Arctic food chain but rely on the entire food web to stay alive. 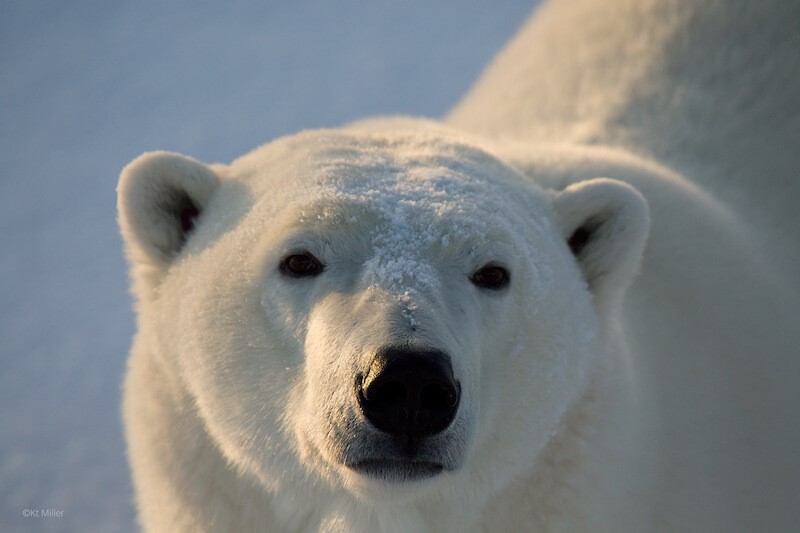 10. The situation is urgent, and we need to act soon—but it's important to remember that hope remains to save polar bears.

We often hear overwhelming news about the Arctic and polar bears—but we know that if we take action now, we’ll see sea ice respond in time for the bears. And if societies do act to halt the rise in carbon emissions in time to save polar bears, it will benefit the rest of life on Earth, including humans. 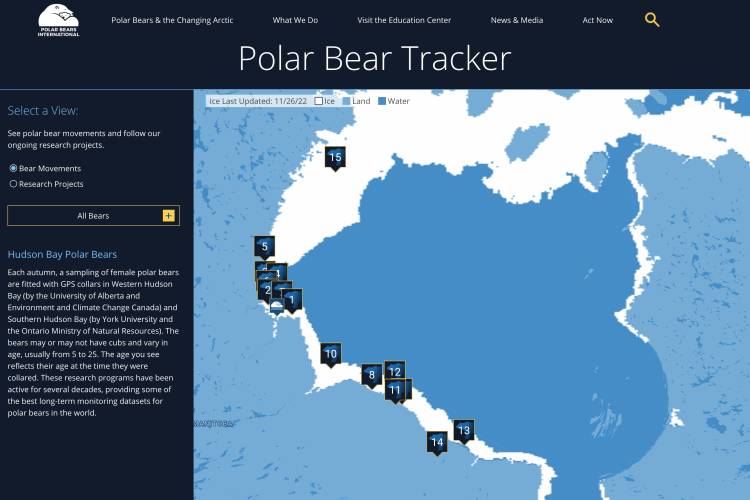 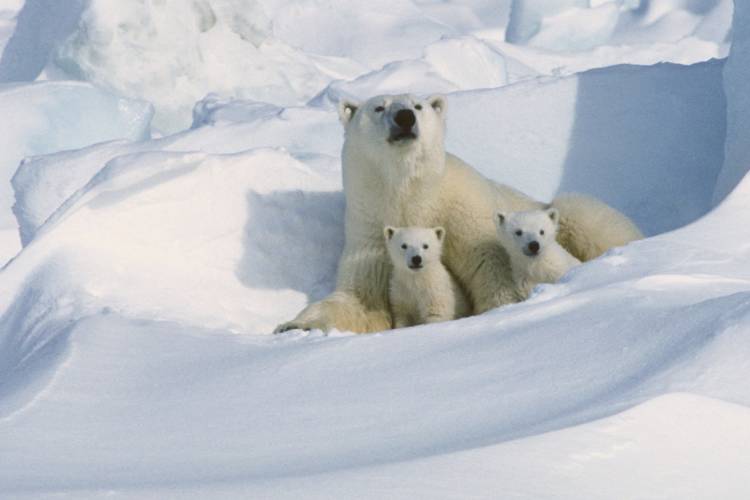 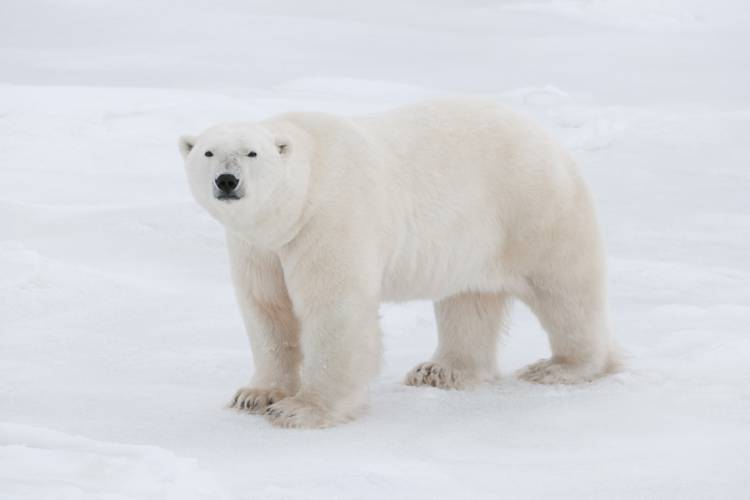