Learn from Anuri about the 19 populations of polar bears and how they’re faring.

The IUCN Polar Bear Specialist Group lists the polar bear as a vulnerable species, citing sea ice loss from climate change as the single biggest threat to their survival. 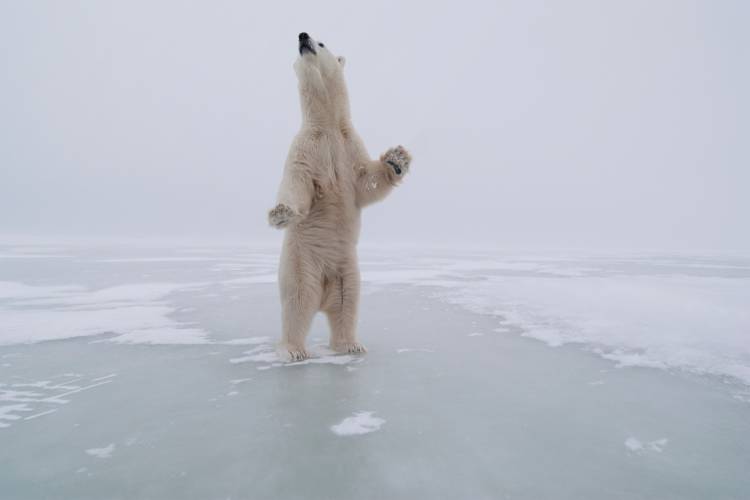 How many polar bears are there?

The IUCN estimates there are currently about 26,000 polar bears worldwide. But without action on climate change, we could lose all but a few polar bear populations by the end of the century. 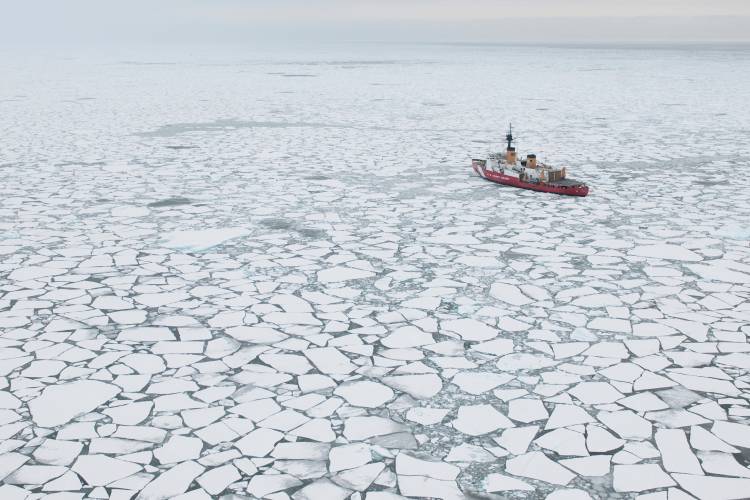 In addition to climate warming, other challenges to the bears include increased commercial activities, conflicts with people, pollution, disease, inadequate habitat protection (of denning and seasonal resting areas), and the potential for over-harvest in smaller or declining polar bear populations.

When Will Polar Bear Populations Disappear?

Status and Trends of the World’s 19 Polar Bear Populations

Polar bears live in 19 populations across the Arctic. About 60% live within or are shared by Canada. Polar bears are also found in the U.S. (Alaska), Russia, Greenland, and Norway (Svalbard). 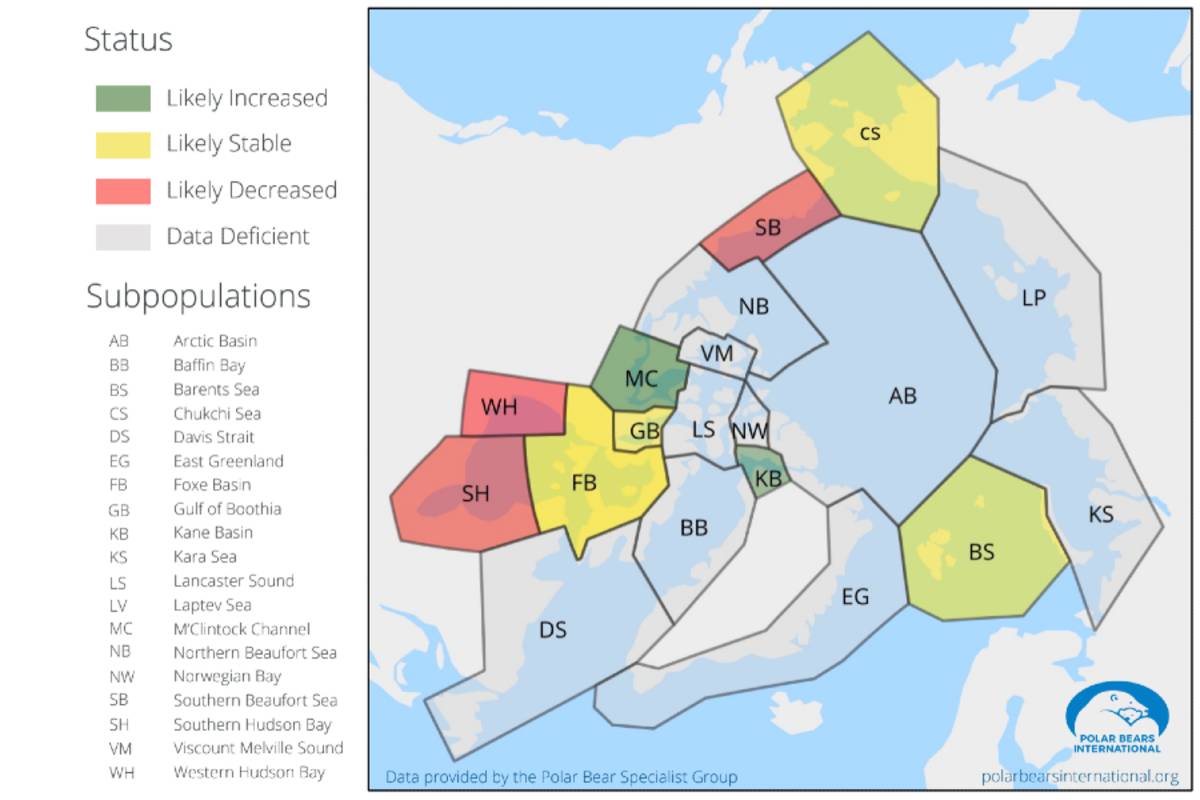 Polar bears roam across the circumpolar Arctic, where they rely on sea ice to reach their seal prey. But not all sea ice is equal. Learn about the four sea ice ecoregions, how the quality of sea ice differs across the polar bear’s range, and how we can help ensure the bears’ future by addressing climate change.

Why are so many polar bear populations classified as data deficient?

Polar bears live in remote areas that are difficult and expensive to study. This makes monitoring them a challenge, both for single surveys and long-term studies.

For this reason, scientists don't have solid figures on the total number of polar bears worldwide. They lack data on some populations, specifically those in Russia and East Greenland.

Arctic Russia, aside from the Chukchi Sea population, is especially data deficient. Not only is it one of the most remote areas on the planet, it lacks basic infrastructure (roads and airfields) and logistical support (small aircraft). Polar Bears International is currently helping to fund studies that will erase some of Russia’s big blank spots.

Because of the expense and logistical difficulties of working in many Arctic locations, there are very few long-term studies of polar bear populations. But those with long-term data sets allow scientists to track changes over time. For example:

Based on an aerial survey in 2021, the population dropped by 27 percent in just five years, from 842 bears to 618, continuing the declining trend of the past 30 years. Previous aerial surveys showed a drop of 11 percent from 2011 to 2016. The population estimate is now roughly half of what it was in the 1980s, when studies using a different technique showed 1,200 bears.

Southern Beaufort Sea population (along the northern coast of Alaska and western Canada):

Why do some people say there are more bears than ever?

The number of polar bears worldwide is not increasing. Some populations are recovering after their numbers were vastly reduced by uncontrolled hunting in the 1960s, but that potential for growth is running head first into declining carrying capacity in some regions due to loss of sea ice habitat.

Related to this, residents of many communities in Hudson Bay are seeing more polar bears. These polar bears are increasingly getting into food caches, entering camps, and posing risks to communities and residents. The observation that “people are seeing more bears in and around sites of human activities” is real evidence of a change from the past conditions northern residents knew.

Western science-based knowledge/evidence shows that in the Hudson Bay system, polar bear body condition has been declining, bears are having fewer cubs, fewer cubs are surviving after birth, and the population size has declined.

These two different pieces of knowledge/evidence are easy to integrate: As malnourished bears spend more time on land for longer periods, more are venturing into settlements where they are looking for food, leading to increased polar bear-human conflicts. This is why we’ve stepped up conflict-reduction efforts, working to keep polar bears and people safe.