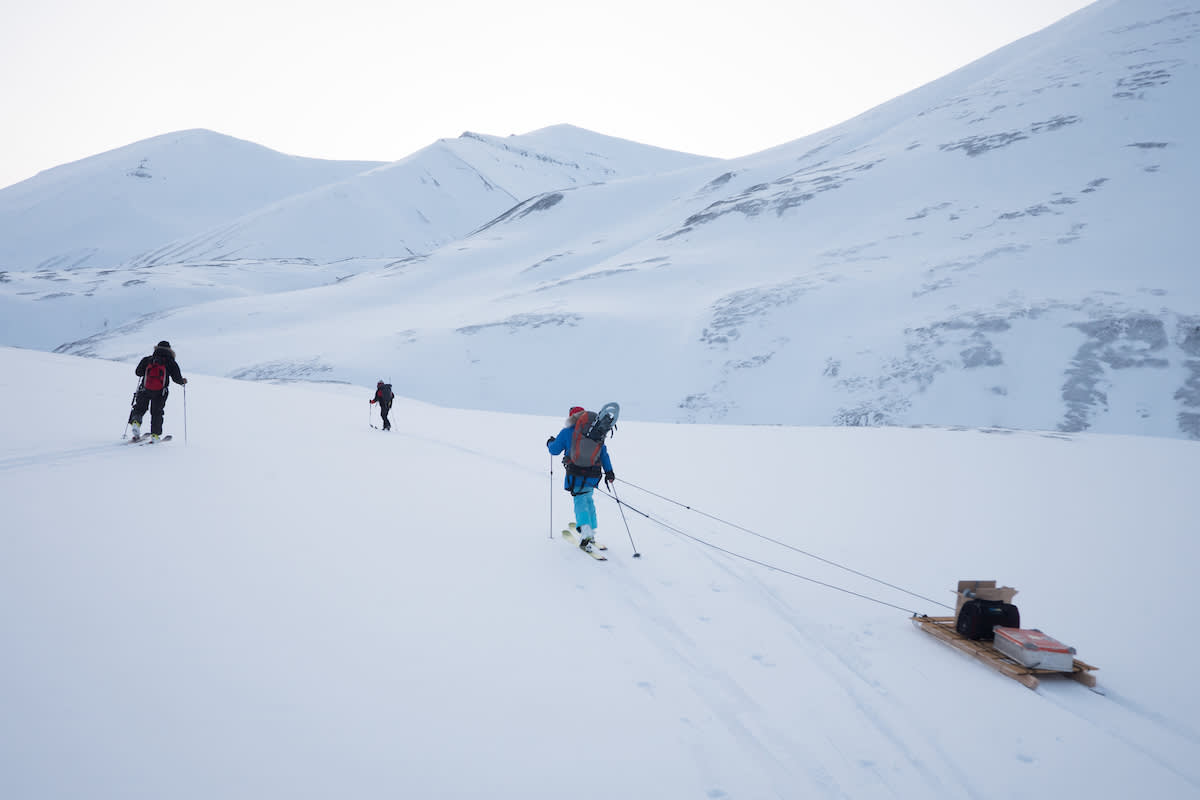 This is the time of year when polar bear moms and cubs break free of their snow dens after months secluded from the world. The denning period is a vulnerable time in a polar bear’s life, one that researchers hope to better understand.

That’s why, for more than a decade, our team has been studying polar bear behavior at den sites, first in Alaska and more recently in Svalbard, using solar-powered cameras to record the behavior of newly emerged families. But this year, covid-related issues prevented our team from heading into the field.

We caught up with BJ Kirschhoffer, our director of field operations, to find out more about what this might mean for the project, which we conduct in partnership with the San Diego Zoo Wildlife Alliance and the Norwegian Polar Institute. 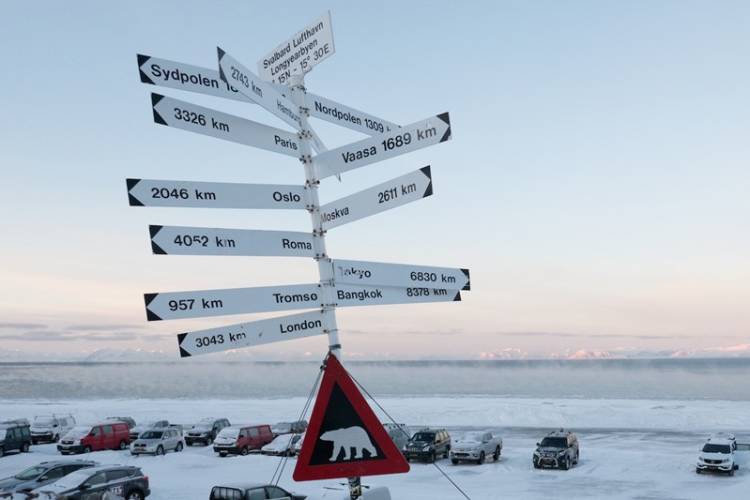 A sign in Longyearbyen, Svalbard, base camp for the den study team.

Q: Last year you were lucky with the Maternal Den Study. You managed to set up cameras in Svalbard just before coronavirus lockdowns began. But this year was a different story. Can you tell us what happened?

A: I was certainly disappointed that we had to cancel this year’s fieldwork, but we didn’t want to be the ones to bring covid to a northern community. And even if we had been able to travel, we may not have been able to get out to the dens due to covid restrictions related to helicopter transportation.

We knew this was going to be a tough year for travel, so we actually started with three possible plans:

In the end, after repeated revisions to the plan, the clock ran out. The bears would have already started to emerge before we had a chance to get the gear deployed.

Q: This would have been your sixth year of data collection in Svalbard. What are the impacts on the project?

A:  This year, we had a lot of possibilities for capturing footage of emerging families as there was a high density of known den sites in one area—so it was definitely frustrating that we weren’t able to go. That said, a one-year gap in this study, while not ideal, probably won’t have much long-term impact, especially if we’re able to return next year.

We got lucky in 2020 when so many other projects got shut down. We eked by—we arrived in Svalbard in late February and made it home just before the lockdowns began. Now it’s our turn to sit a season out.

Q: How did you use the time instead?

A: This has been a season of planning and replanning but also of reinvention of and innovation. Since I didn’t travel to Svalbard this year, I was able to spend time testing and improving the computers and software we use to run the cameras.

Right now, I have six different Raspberry Pi single board computers on my workbench. To most people, these small computers look like raw circuit boards with a few recognizable plugs on the side, like a USB port. They were designed as inexpensive educational tools/hobbyist development boards, ideal for tinkerers.

We chose them because of their extremely low power consumption and the fact that they can be easily customized. Plus, they’re small and lightweight, making them easy to transport when skiing or hiking. They can also withstand Arctic temperatures—which makes them ideal for a field project like this. 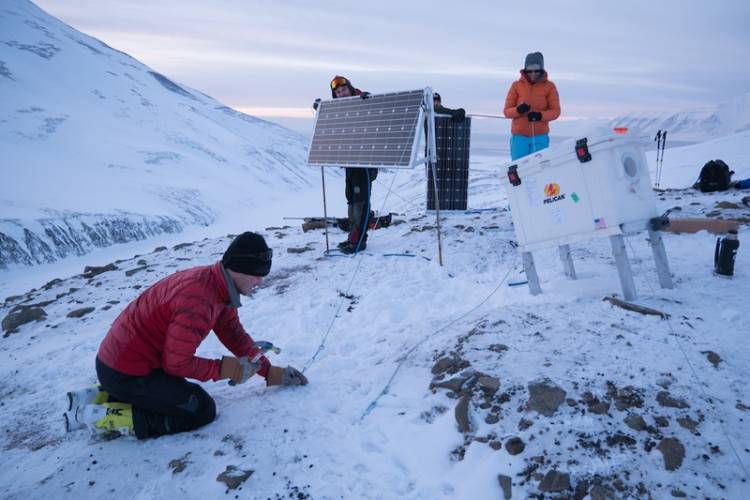 The camera units used by the den study team are solar-powered and able to withstand Arctic conditions.

Q: What exactly are you doing to improve the camera systems?

A: Our partners at the San Diego Zoo Wildlife Alliance have brilliant engineers on staff and we’re working with them to write software from scratch that will run the computers. We assembled the hardware here at Polar Bears International and outlined the basic parameters of what we need. Now I’m working with the programmers as they write the code and fine-tune the software.

Another thing we’re focusing on is optimizing power consumption. On the power side, we’re working with a company called ZapBatt. We have a solar-powered system and they’ve provided us with new lithium batteries that can be charged at very low temperatures.

I attached them to the computers that I have on the bench and gave them an ambient weather test by putting them in a freezer and comparing them with traditional batteries. We’re trying to push the limits of how long they can go—maybe as much as 15-20 days with no solar input, which is a consideration given the short hours of daylight and the frequency of clouds and fog. 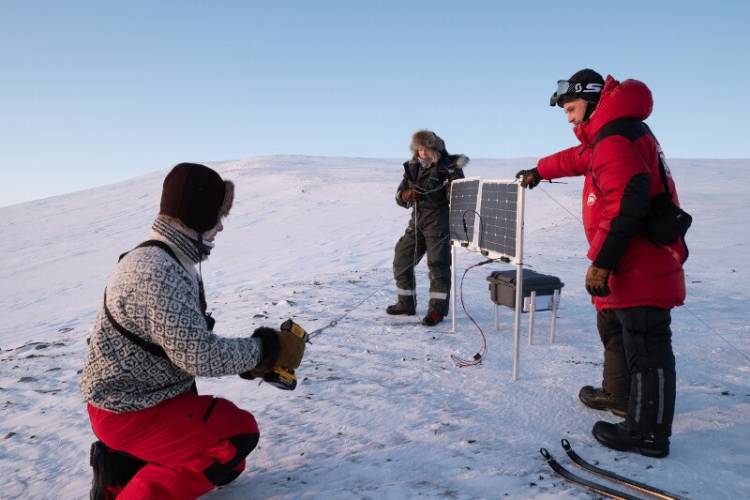 The new software is designed so that when the Raspberry Pi computer sees power, it will come to life and start recording video. We’ve also added components to make sure it’s robust, like a special clock soldered onto the computer, so no matter what happens, when the camera starts recording it will figure out the time and time stamp it. These requirements may seem very basic, but simplicity is what we’re looking for. Complexity typically introduces problems when conducting Arctic fieldwork.

Recording quality video and stamping it with the date/time—those are the computer’s two tasks.

In addition to improving the computers, we’re working with a San Diego Zoo programmer on a machine-learning system capable of going through all the data in a short amount of time, logging where there is footage with polar bears in it. Right now, the Zoo has a dedicated volunteer logging all the footage, but that’s very time intensive.

Q: Will next year be your first year using this new system?

A: Last year we deployed them in the field for the first time and now we’re working on improving them. They worked pretty well last year, although we had trouble focusing the lens. The program now allows us to give it a zoom view for a granular focus, then leave it.

We’re using the time this year to test the systems on all fronts. By the end of this year, we should have a custom-built recording system that could be sent to any denning area, from Russia to Canada to Greenland and Alaska. Our goal is to have a system that anyone, anywhere could deploy after some very basic training—and I definitely consider that time well spent! 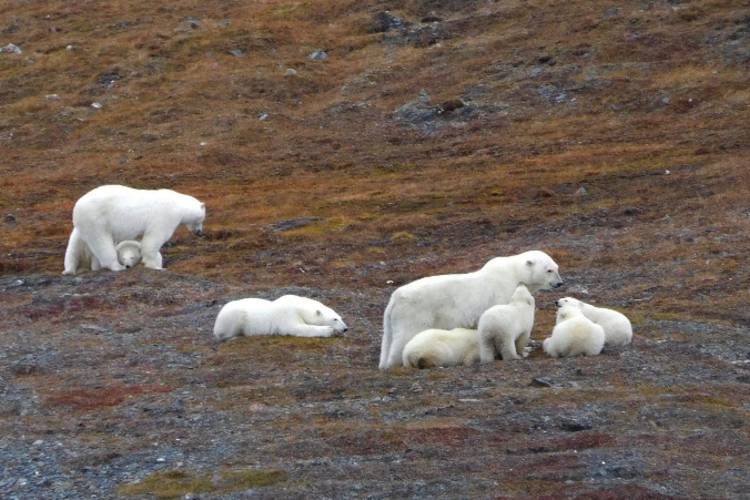 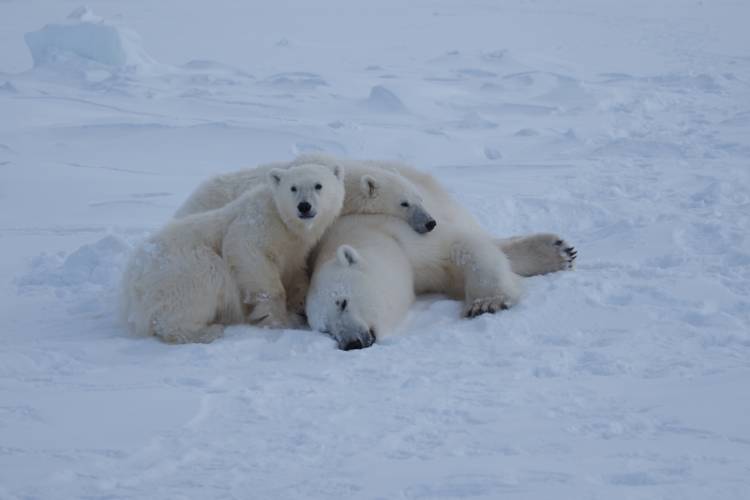 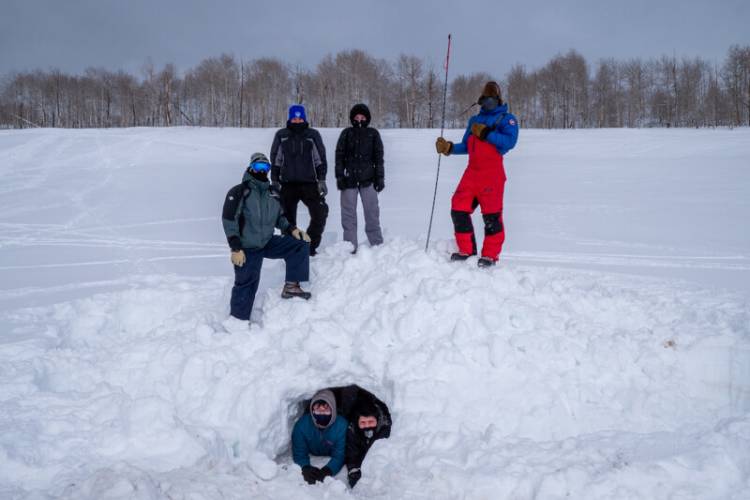