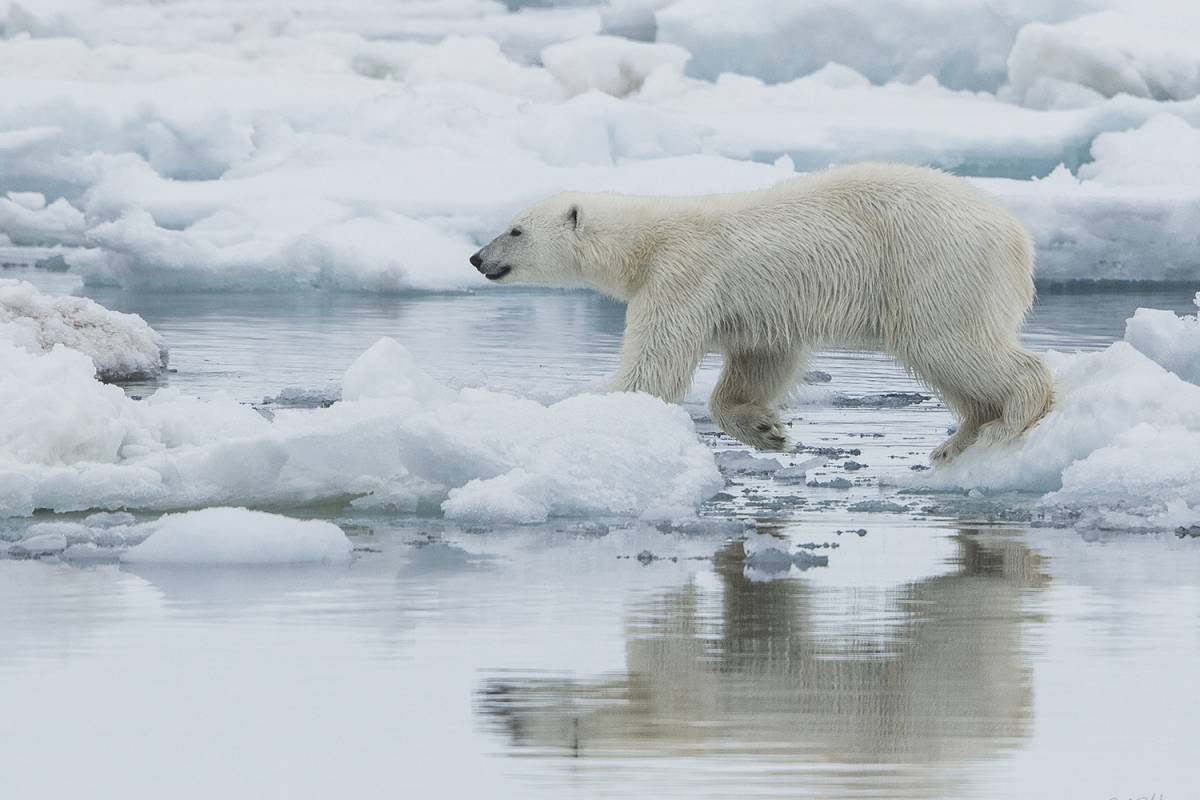 Our role in the transition to clean energy, by Emily Ringer, Senior Manager of Communications and Advocacy

That the world can feel so expansive and so small at the same time is one of life’s great mysteries. Polar bears roam the sea ice thousands of miles north from where I live in the United States. Yet everyday elements of my life—the electricity running through my house and the gas I put into my car—are connected to the bear’s future.

Polar bears depend on Arctic sea ice—using it to hunt, mate, travel, and sometimes to den. Human-caused climate warming melts their sea ice home and threatens their survival. When we burn fossil fuels for energy, we add rampant amounts of carbon dioxide into the atmosphere. This acts like a blanket around the planet—trapping heat, disrupting the climate, and melting Arctic sea ice.

Energy transitions
Numerous energy transitions have unfolded throughout human history. Each transition brought momentous shifts in the ways people harnessed and used energy—often altering society altogether. For example, hundreds of thousands of years ago, the domestication of fire gave humans reliable light, warmth, and the ability to broaden spectrums of available food through cooking. This transition contributed to population growth, expanded territories, and eventually the development of agriculture.

In another series of transitions, unlocking the energetic density of coal and oil—coupled with innovations like the steam engine and electricity—contributed to increases in international trade, human migration, and long-distance interconnectedness via telephones. Energy and human society are deeply intertwined.

Today, we stand at the onset of another energy transition. For a few hundred years, fossil fuels have largely powered our buildings, transportation, and production. They expanded society’s access to food, reduced reliance on human labor, and led to many innovations that improved human-health outcomes and living standards—but they also threaten the climate we all depend on and fuel conflicts and war around the world. We can be grateful for the historical benefits of fossil fuels while recognizing their downsides and choosing to move on.

A new chapter
A world reliant on renewable energy offers benefits to life across this planet. First, a transition to renewables is central to our ability to address the climate crisis that threatens our communities, global ecosystems, and polar bears. Second, the dispersed and localized nature of renewable energy promotes community-based resource management and strengthens energy security. Government strategies based on reliable renewable energy could end our dependence on fossil fuels and our shared vulnerability to those willing to weaponize fossil fuel supplies.

The transition to renewable energy sources is already underway. Wind and solar costs are steadily declining and many fossil fuel projects, like coal-fired power plants, are becoming more and more expensive. Market pressure from low-cost renewables will continue to push the transition forward, but just how quickly—and whether it will be in time to protect a stable climate for polar bears and all of us—is unknown.

How you can help
Barriers to a transition to renewable energy include a mix of policy, technology, and infrastructure. The scale of the needed transition often propels people to focus on federal governments and international agreements. For example, the recent news about possible climate and clean energy legislation in the United States congress is heartening and attracting a lot of attention. While these political spaces are undoubtedly important, they can also be slow moving and vulnerable to political churn.

Local communities and governments hold an equally important lever of power and can play a big role in speeding up our transition to cleaner and decentralized energy. For example, the small Kansas town of Greensburg in the United States now gets 100% of its electricity from nearby wind farms––and mayors from many of the country’s largest cities have pledged to transition their cities to renewable energy by 2035. Cities around the world are leading the way on clean energy adoption including Vancouver, Canada; Cape Town, South Africa; Kyoto, Japan; and Reykjavik, Iceland.

If you want to be involved, find an organization in your province or state that is working with the legislature or public utility commission on your community’s energy needs. Encourage actions that reduce technological and infrastructural hurdles to renewable energy production and transmission. Support new projects that amplify local leadership and serve regional ecosystems. Talk to your neighbors about the ways that renewables can fortify local capacity and autonomy in your community. These efforts matter in every school, business, organization and at all levels of government.

The more we advocate for the future we want to see, the faster we will get there—and the sooner we’ll leave the old, outdated system of coal, oil, and gas behind. 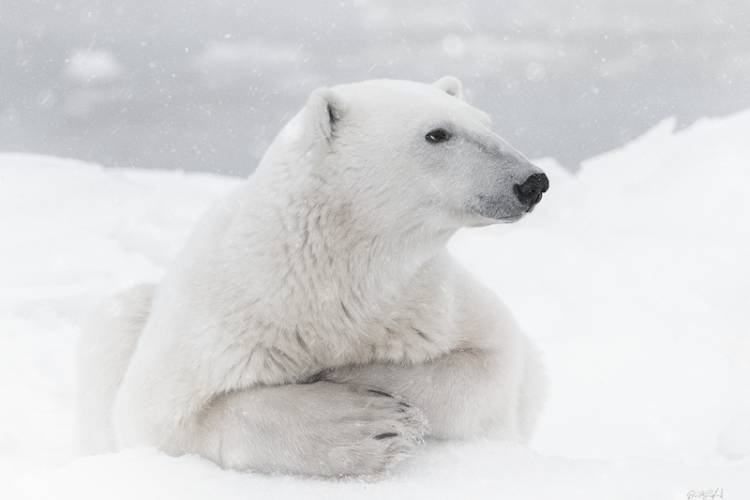 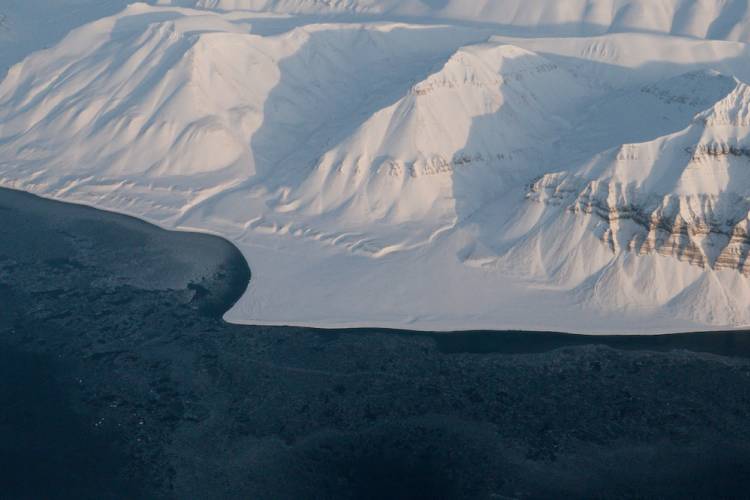 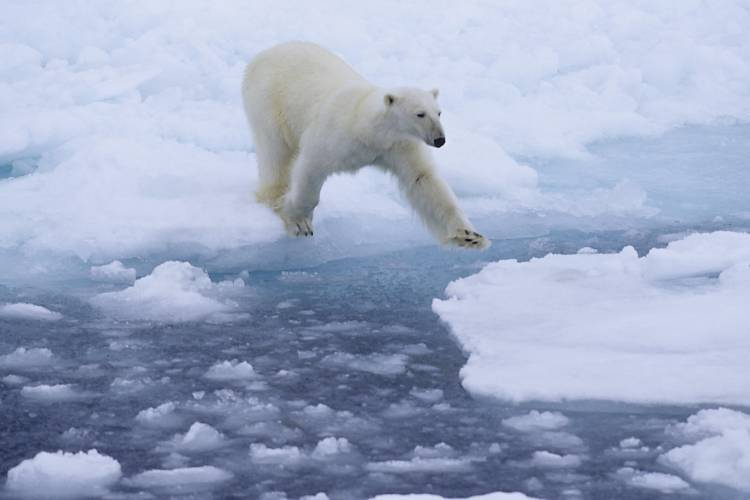 Key facts about this remarkable frozen ocean ecosystem, the ice loss taking place, and how a shift to renewable energy can help reverse that trend.