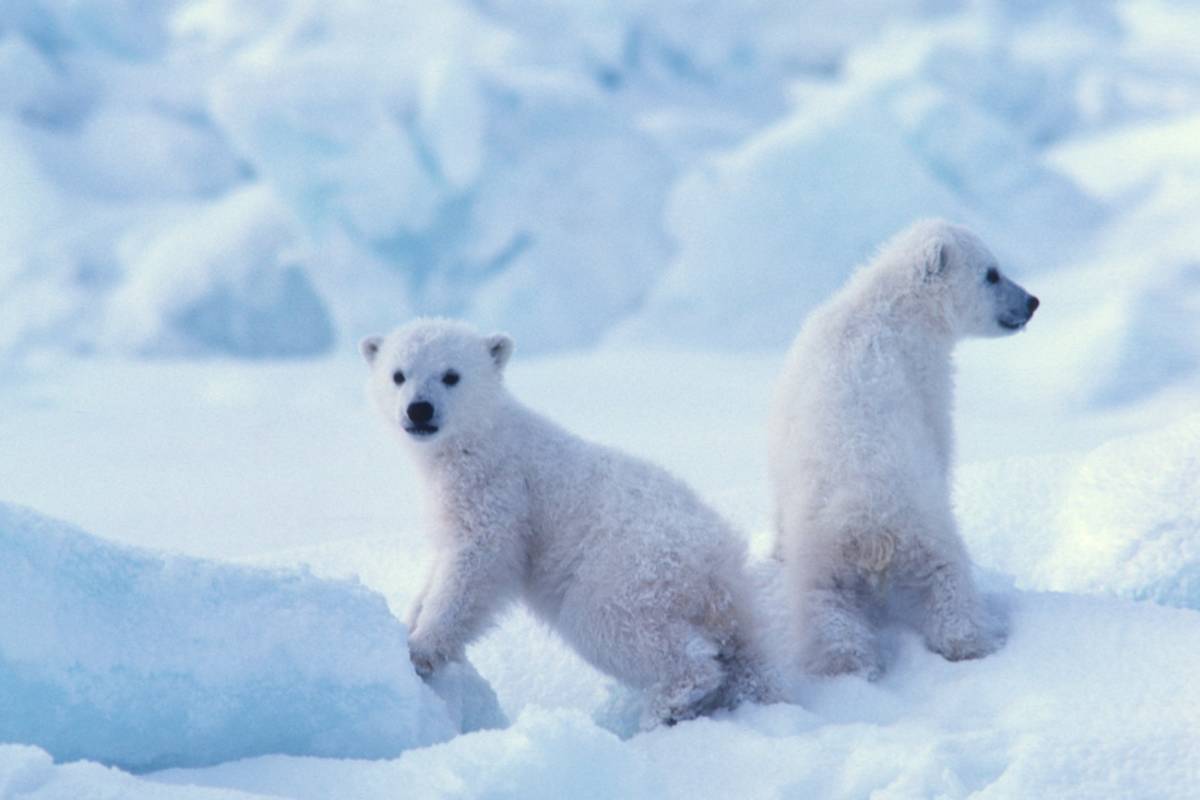 A History of Our Den Research

The denning period is the most vulnerable period in the polar bear’s life cycle, with survival rates of just 50 percent or less for many cubs. Born with only light fur and weighing roughly 1 to 1.5 pounds, young cubs rely on their moms and the safety of snow dens until they are big enough to emerge in spring.

Polar bears have always had a low reproductive rate, one that is very low compared with many other large mammals. For that reason, protecting polar bear denning areas has always been important to their survival—and is more critical than ever due to the threats the bears face in a warming Arctic.

Scientists with Polar Bears International (PBI) have a long history of studying polar bear dens in Alaska and Svalbard, adding to our understanding of this critical time period for moms and cubs. We checked in with the den study crew from PBI and with partners to learn more about this work and how the knowledge gained can help protect denning polar bear families.

Q: When did you begin studying polar bear dens?

A: Dr. Steven Amstrup, PBI's Chief Scientist: I first began studying polar bear dens in 2000, while serving as Polar Bear Project Leader for the U.S. Geological Survey. At the time, oil and gas companies were ramping up oil extraction, building ice roads to new areas, and bringing in workers—yet no one knew how that might affect polar bears and newborn cubs. Working with Geoff York of PBI, who was then also working for the USGS, we designed a study that would help us better understand polar bear denning behavior. We also brought in Dr. Tom Smith of Brigham Young University, who was then also working for the USGS, because of his prior experience with behavioral studies of other bear species. 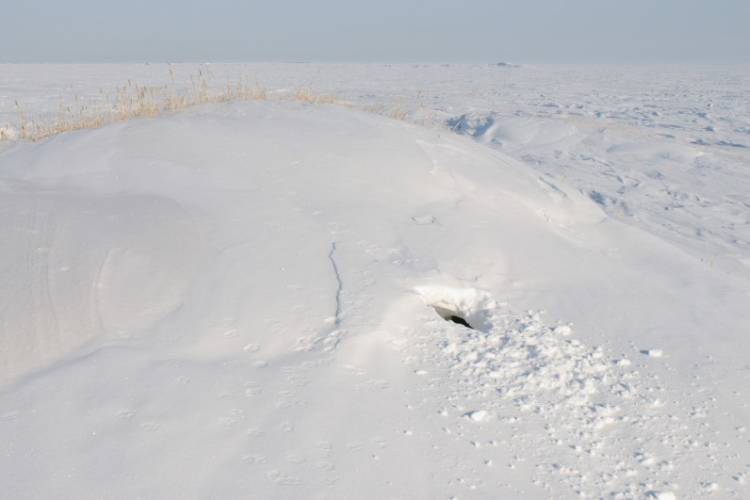 The entrance to a polar bear den after a mom and cubs have broken free in spring. Prior to emergence, dens are completely hidden under the snow and difficult to detect.

Q: In the early days, you observed polar bear moms and cubs from tents, literally camped out on the snow in subzero temperatures, waiting with binoculars and spotting scopes for families to emerge from their dens in spring. What do you remember about that?

A: Dr. Tom Smith, Brigham Young University: It was painfully cold and difficult just to maintain a warm environment in which to spend a lot of hours and make observations. The Arctic is not a place where one just “stands around” lest you freeze in place, but that’s exactly what a study like that required at the time! It was quite a challenge just to stay warm. The bears were the least of my concerns.

Q: Do any memories of moms and cubs stick out for you from those days? Do you recall the first time you saw a family emerge from a snow den?

A: Tom: To see a mother and cub emerge from a snowbank for the first time is life changing. It is a dynamic display of an organism’s ability to adapt, live, and even thrive in the most hostile of Earth’s environments. Polar bears are the hot spring bacteria of the north. At Yellowstone you gaze into a cauldron of boiling hot spring water and are amazed at how bacteria can grow in that! A polar bear is no less amazing—the Arctic is so hostile and yet here you have a mother and cubs frolicking in -40 degree weather as though it were a summer day. Truly amazing, all of it.

Q: In addition to observing polar bear families emerging from their dens, your team also studied whether it was possible to detect dens hidden under the snow. Can you tell us about this research?

A: Geoff York, PBI Director of Conservation: When we started this work, the only method we had to find traditional snow dens was if someone happened to see a pregnant female dig one—which was pretty rare given the remote nature of Alaska’s North Slope. But with more industry moving into the north, it became clear that being able to find polar bear dens under the snow was important to help shield moms and cubs from disturbances.

Forward-looking infrared (FLIR) had been tested for a variety of uses with wildlife, including polar bears back in the 1960’s, but the technology was not that advanced. Through our research, we quickly discovered that FLIR could be a useful den-detection tool if conducted under strict protocols and very specific weather conditions. Due to those limitations, however, it proved unsuitable for large-scale surveys.

Over time, as we watched FLIR in use by management and industry, we noted many additional shortcomings. We found that, in practice, over half of all dens were missed, an unacceptable rate, and worsening Arctic weather is expected to further compromise success. These shortcomings mandated we explore other ways to avoid disturbing maternal dens, so we started looking at newer technologies in partnership with Dr. Tom Smith and his students at BYU, including Wesley Larson. Our preliminary research has shown that one promising alternative is synthetic aperture radar (SAR). Unlike FLIR, it can “see” through clouds and fog, etc., but much more research and testing must be done to see if it lives up to its potential. 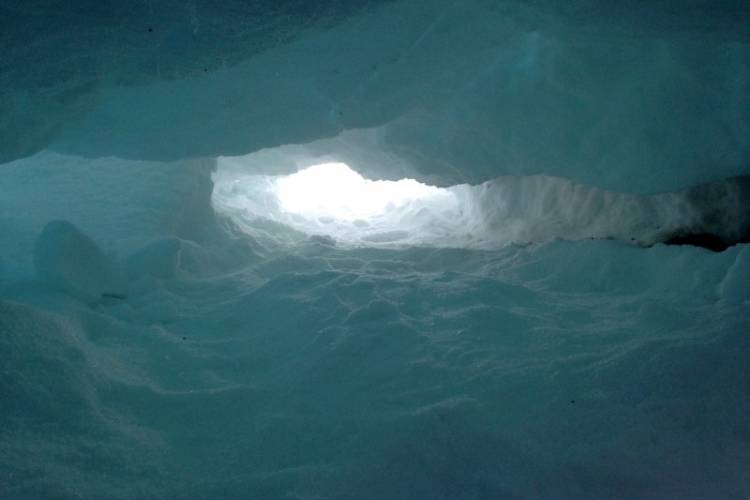 The view from inside a polar bear den, after a family has broken free to head for the sea ice so the mother can break her fast and hunt seals. Cubs are born in December or January and remain in the den until March or April, completely hidden from view under a blanket of snow.

Q: How has the den emergence work changed over time? Do you still observe moms and cubs from tents?

A: BJ Kirschhoffer, PBI Director of Field Operations: Researchers no longer have to camp out on the sea ice waiting for moms and cubs to emerge from their dens. As technology developed, we began recording behavior at den sites with remote video cameras that were protected from the cold by insulated cases and powered by batteries. Later, we switched to early digital cameras and then progressed to 4K digital media powered by solar panels. We used these systems in Alaska, on the North Slope, and later at den sites in Svalbard, Norway, a project we’re conducting in partnership with the San Diego Zoo Global and the Norwegian Polar Institute.

This year, I’m really excited about a switch we’re making to single board computers with camera sensors. These are inexpensive, small devices that can be placed in a box and customized to our exact specifications. They consume 1/10th of the energy we used before and are powered by small, flexible, super-light solar panels. We tested an audio component last year and it worked well. This year we’re testing the video component. The software and instructions will be open source so, if we're successful, other researchers will be able to use the approach to monitor other species—replicating and improving on it.

Q: Do these studies bother the bears? Are they invasive?

A: BJ: The den emergence study is very non-invasive with next to no interaction with the moms and cubs. We ski or snowmobile to the den location, set up a camera system, and leave. We return to retrieve the footage and the equipment after the bears have left their den. We don’t see or interact with them.

A: Geoff: Both FLIR and SAR are aerial-based remote sensing tools, so they’re inherently less invasive then many ground-based options. FLIR is most effective when based from a helicopter, though, so there is some risk of sound disturbance when flying over a den. SAR is based from a fixed-wing aircraft and surveys can be flown at an altitude that would make them imperceptible to a denning female or her cubs. 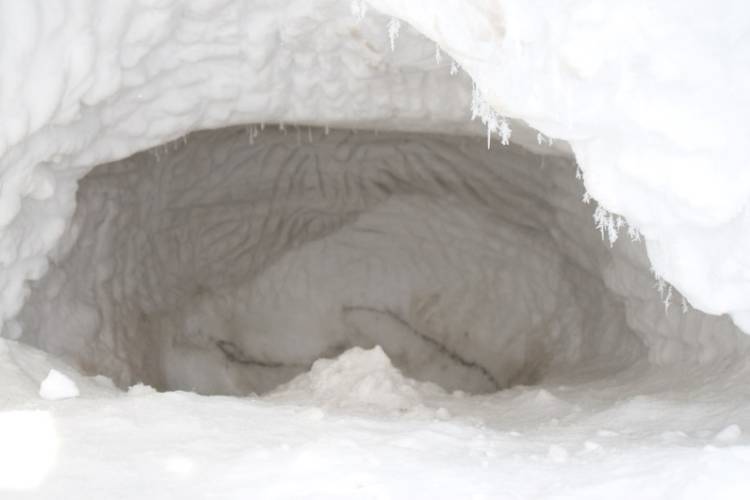 The inside of a snow den, after the family has departed. Note the claw marks on the interior. Polar bear dens often have multiple chambers.

Q: What are some of the things you have learned over the past 20 years?

A: Tom: Regarding polar bear behavior at den sites, we’ve learned that polar bears are very intelligent animals that don’t take unnecessary risks—their behavior is similar to what I already knew with black and brown bears. We’ve also learned that young moms will bolt and abandon their cubs much more quickly than older moms, reacting to loud noises and other disturbances. The most likely explanation is based on what is called residual reproductive value. A young mom has many more litters yet to bear in her lifetime, so she has much more to lose by taking unnecessary risks than an older mother. For older moms, the decision to remain in the den despite disturbances brings a different problem, especially in areas with industrial activity, with the potential for heavy equipment to harm families in dens hidden under the snow.

A: BJ: On den detection, we’ve learned that FLIR success rates are inadequate for protecting polar bear families and that changing weather in the Arctic is likely to further impact FLIR’s success. It’s clear that we need to research and test other den-detection methods in order to keep moms and cubs safe. If we don't know a den is there, how can we protect it? Given low cub survival rates, every den matters. For example, cub loss was a leading factor in the 40 percent decline of the Southern Beaufort Sea polar bear population between 2000 and 2010.

Q: Why does it take so long to learn anything from studies like these?

A: Tom: When studying behavior like denning, long-term studies are important because we are looking at an animal with a long lifespan. If we look at just one, two, or five years of a bear’s life, we get a very incomplete picture. Polar bears could have low—or high—birth rates for several years in a row, then completely reverse for the following 10 years. Polar bears require what we call a longitudinal study lest we make premature conclusions about them.

Q: What’s next? What do you see going forward?

A: BJ: For den monitoring, we’ll continue to test the single-board computers for on-the-ground data collection (both video and audio) of newly emerged polar bear families. The ease of these new systems could potentially allow for much broader use in behavioral studies and help us answer questions on denning behavior and body condition across the Arctic. More work is needed, too, on den-detection methods, which will evolve along with technology. Who knows? Someday we may be able to do den census work from satellites. 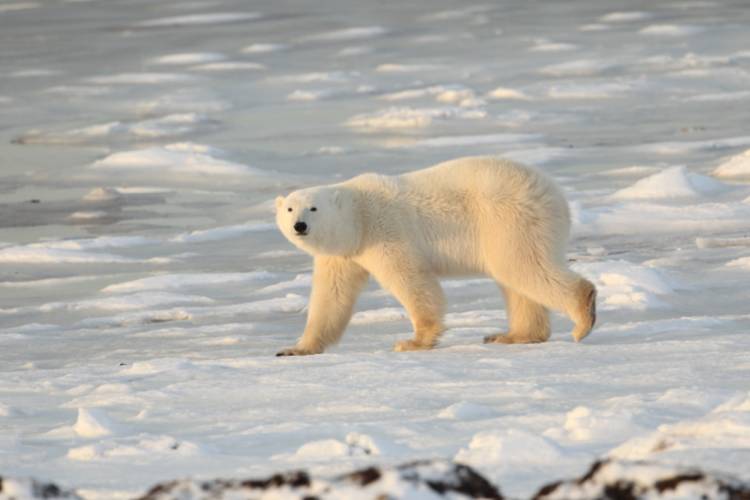 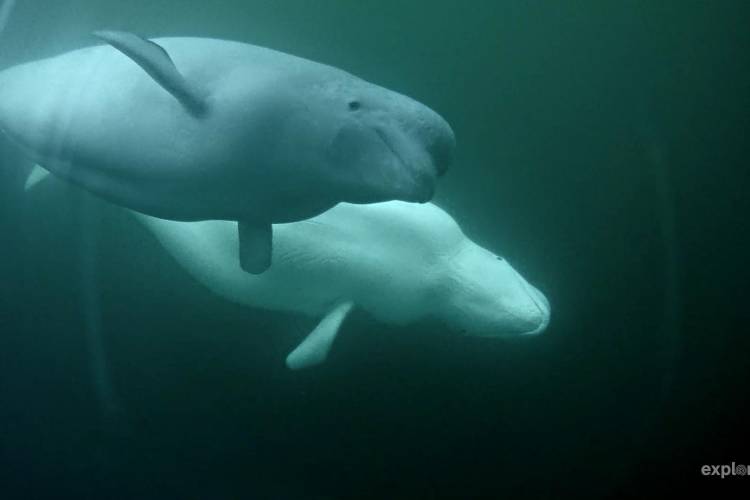 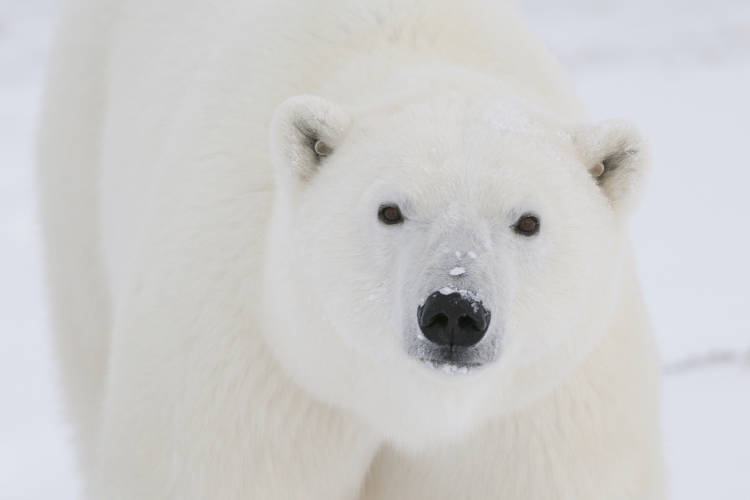