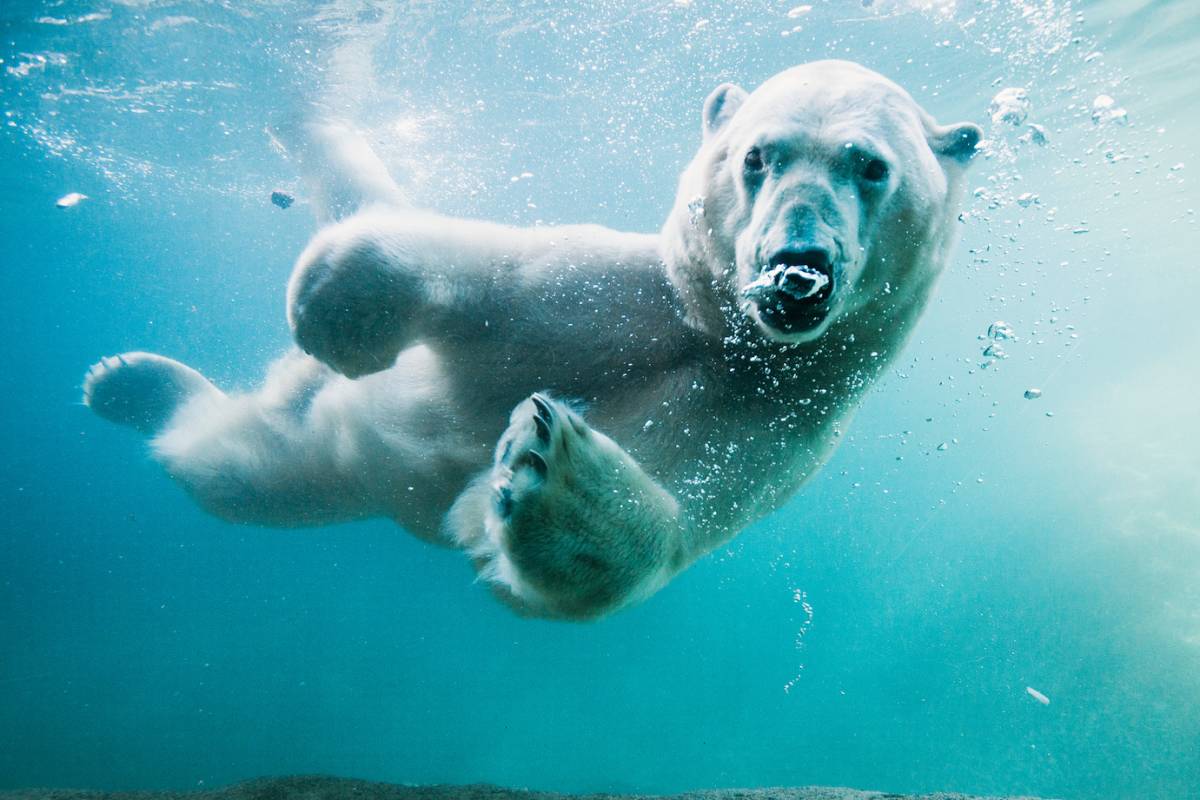 We were deeply saddened to learn of the recent loss of Blizzard, a 26-year-old polar bear at the Point Defiance Zoo & Aquarium in Tacoma, Washington. Blizzard touched hearts and minds with his playful spirit and served as an ambassador for his wild cousins.

“Blizzard was a charismatic bear whose outsized personality inspired people to care about polar bears and action on climate change,” said Krista Wright, executive director of Polar Bears International. “We offer our heartfelt condolences to the Point Defiance Zoo staff and all who knew and loved him.”

Blizzard arrived at the Point Defiance Zoo in 1997 after he was rescued as an orphaned cub near Churchill, Canada. Without his mother’s care and guidance, he would not have survived on his own in the Arctic.

During his more than 20 years at the zoo, Blizzard’s exuberant personality made him a favorite of visitors and staff. Last February, he gained a global audience through a video that went viral of him playing in the snow.

Blizzard was humanely euthanized on May 8th after rapidly progressing liver cancer impacted his quality of life, despite chemotherapy treatments and other supportive care. At 26, he was considered an elderly bear, with polar bears in human care living an average of 23 years.

“It was an honor to take care of Blizzard,” said Assistant Curator Sheriden Ploof. “We were all lucky to share his life and be part of his story.”

“The entire Point Defiance Zoo family is devastated by the loss of this extraordinary bear,” said Point Defiance Zoo & Aquarium director Alan Varsik. “Blizzard held a special place in our hearts and touched the lives of millions of people during the two decades he was with us. He inspired people to care deeply about polar bears and to take action in their own lives to reduce their carbon footprint and help protect wild polar bears.” 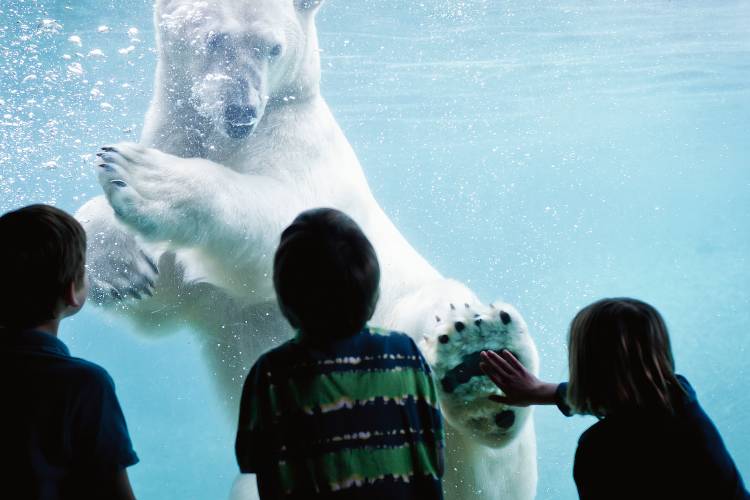 As one of our certified Arctic Ambassador Centers, the Point Defiance Zoo is one of 50 zoos, aquariums, and wildlife parks in the U.S., Canada, and Europe with a deep commitment to polar bear conservation. As part of this relationship, the zoo supports outreach on the need to take action on climate change to save the polar bears’ sea ice home, attending our Climate Alliance training sessions and taking part in our awareness campaigns.

In addition, the Point Defiance Zoo supports polar bear conservation through the Dr. Holly Reed Conservation Fund, named in honor of a staff veterinarian who volunteered with Polar Bears International on various projects.

Blizzard did his part as well, participating in research projects to help his wild counterparts. For example, he recently helped test small “Burr on Fur” tracking devices that will provide researchers with a minimally invasive way to study the movement patterns of polar bears in the wild. He also took part in a University of Washington study focused on polar bear fur, providing insights into stress, diet, and other factors—all of which will help us better understand polar bears in the wild.

“Blizzard was a special bear, cared for by a special staff,” said Marissa Krouse, Polar Bears International’s director of conservation programs. “His legacy will live on in their team’s work to plug into community level solutions to reduce carbon emissions. He will be greatly missed by all.” 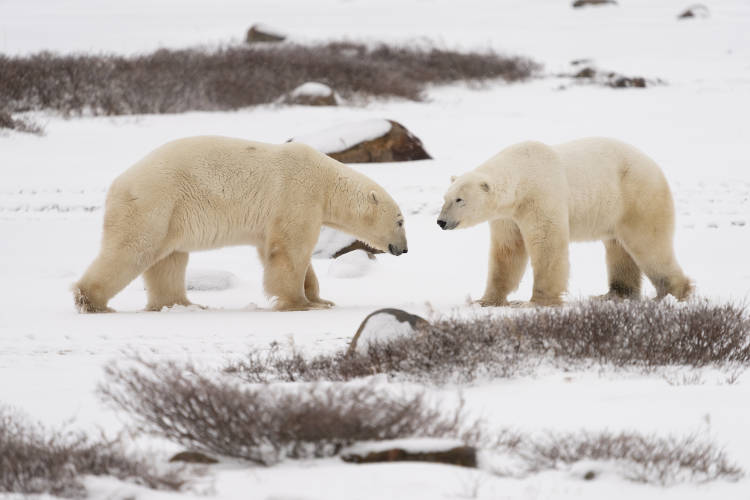 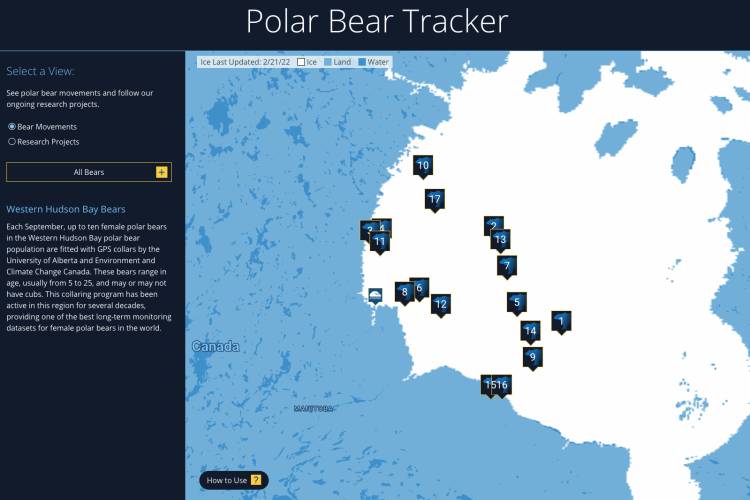 We are now in late May, which means that polar bears from the Western and Southern Hudson Bay populations have been on the sea ice for about six months. 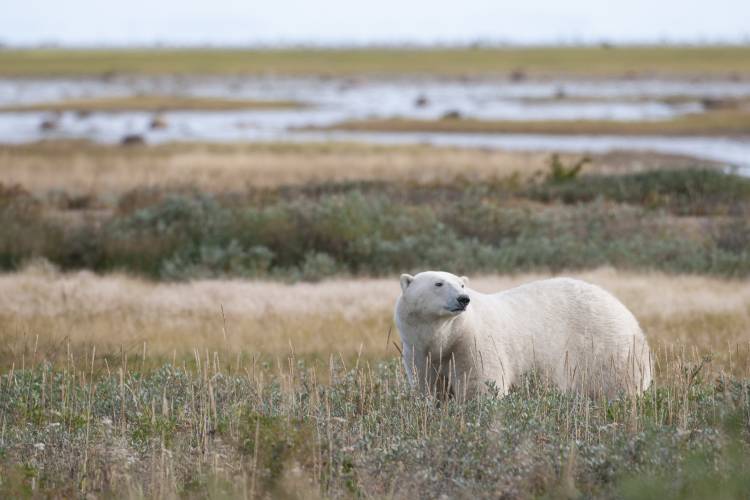